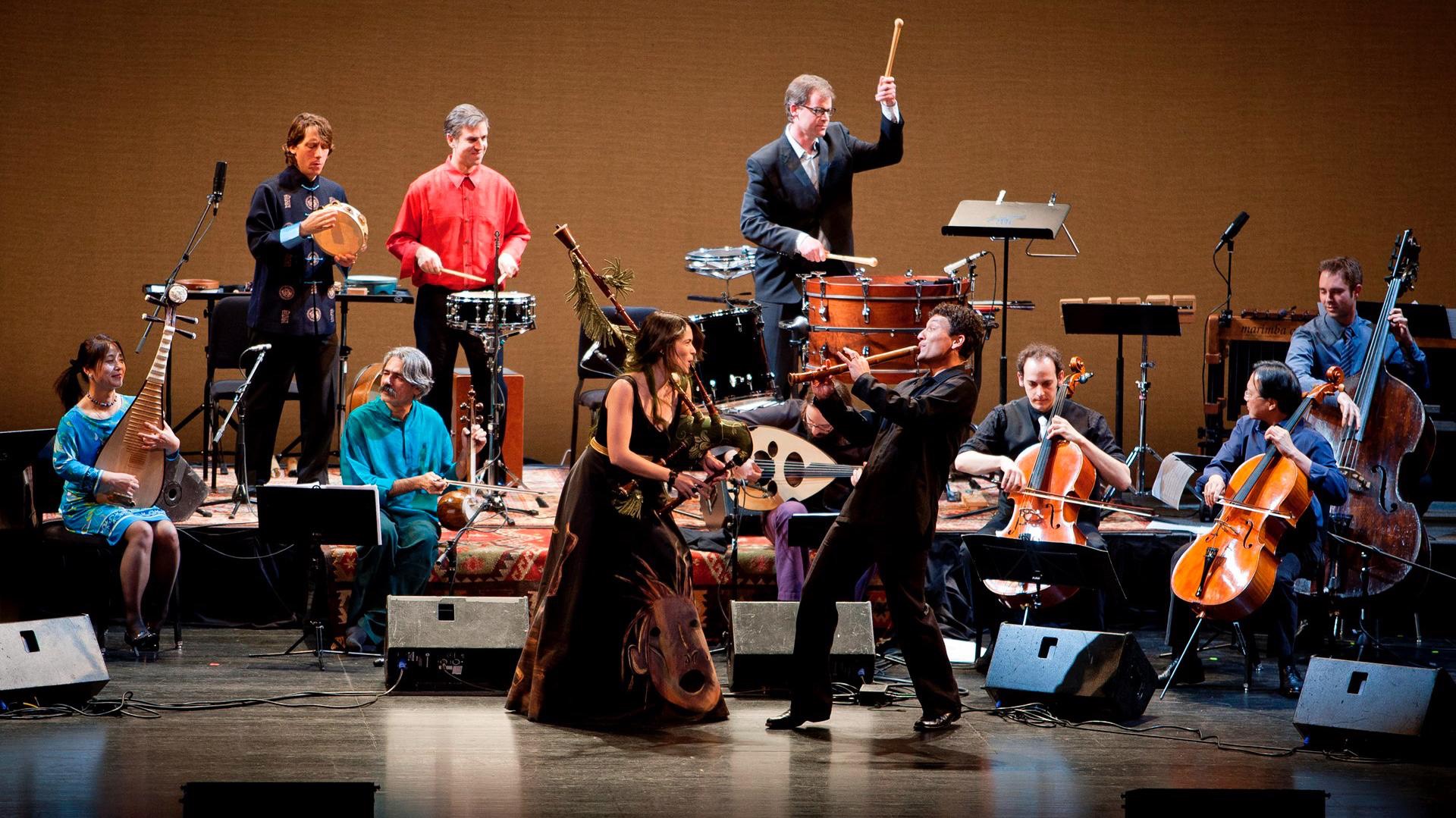 A classical pianist, a virtuoso bagpiper and a celebrated oud player join to push the boundaries of musical creativity. Ma curates the ensemble based on “edge effect” an ecological concept describing the diversity of life that exists when two eco-systems overlap. When the forest meets the prairie, plants and animals create new life. By bringing together different artists Ma creates new music.

At Hillel 818, we are beginning to explore how The Edge Effect can push the boundaries of the ways a Hillel engages Jewish students.

Much in the same way, the recently launched Jewish Identity Project brings together three unique communities on the college campuses served by Hillel 818, creating space for students to celebrate the richness of diversity. By weaving these different Jewish identities together, we are creating a “Silk Road” Hillel.

The San Fernando Valley in Northern Los Angeles is home to multiple Jewish eco-systems overlapping one another. Driving along Ventura Blvd., you will find Russian grocers, Persian synagogues and the best shawarma outside of Israel. And with more than 6,500 Jewish students on campus at California State University Northridge, Pierce College and LA Valley College, Hillel 818 serves the second largest Jewish student population in North America.

Students on our campuses mirror the diversity of greater Los Angeles. At any given event one can hear Farsi, Russian and Hebrew being spoken throughout our building, each language representing a unique Jewish identity. These different Jewish identities have posed a historical challenge for our organization. How do we cater to the tribal nature of each of these different student groups? How do we showcase their cultural traditions, food, language and Judaic practice in a way that celebrates our diversity?

In 2015 when I started as the Executive Director of Hillel 818, the organization was in the midst of a major transition; attendance was at an all-time low, programming was minimal, and Shabbat services and dinner took place once-a-month. However, I was quickly informed that Hillel 818 had the largest Mishelanu chapter on the West Coast. Mishelanu, an Israeli American Council program, builds community for Israeli-American college students. Mishelanu’s success highlighted the uniqueness of this Hillel and helped us to begin rethinking our engagement strategy.

During that first year I was approached by Keren Khait, a Mishelanu participant who shared, “My family emigrated from Moscow to Israel before making our way to LA. I love the fact that I can go to Mishelanu events and speak Hebrew, but with so many other Russian Speaking Jewish students on campus why not create a similar group for these students?”

Keren’s comment sparked a new engagement strategy for Hillel 818. With her at the helm, the Russian Speaking Jewish club was formed. For their first event, the students decided they would take everyone to a Russian restaurant. They felt there would be no better way to experience Russian culture then to have a multi-course meal and spend the evening dancing to a live Russian band. When this idea proved to be both cost and Kashrut prohibitive, we decided to bring the Russian restaurant to Hillel 818. The first ever Russian restaurant event brought more than 100 students into our building for homemade piroshki, borscht, pilmeni and plov. The students danced away the evening to a mixture of Russian and Israeli music.

Our strategy of engaging students around their unique Jewish identity continues to expand. This past year, students launched D’oreh, a group for Farsi speakers to come together and celebrate their Persian Jewish identities. Their event, Mahmoonia Irani (Persian party), brought 90 students to our building to feast on traditional Persian dishes including ghorma sabzi and tadig.

And just as the Silk Road Ensemble brings different musicians together to create new compositions, Hillel 818 can weave our students’ individual Jewish identities into a rich tapestry.

This is the goal of the Jewish Identity Project, a program launched in 2017 with a grant from the Jewish Federation of Greater Los Angeles and expanded this year with a Cutting Edge Grant from the Jewish Community Foundation of Los Angeles. The Jewish Identity Project brings Mishelanu, D’oreh and the Russian Speaking Jewish club under one umbrella here at Hillel 818, building bridges between each of these siloed groups and providing a space for the sharing of cuisines, family histories and Jewish practices.

This year, the Jewish Identity Project will engage more than 600 unique individuals with programs ranging from cooking Russian food to a Tel Aviv “white night” dance party. The leadership of each of these three groups will come together to share their experience and explore opportunities for cross collaboration.

A shared exhibition of their families’ “exodus narratives” as they departed Moscow, the former Soviet Union and Tehran. A Mimouna celebration featuring global cuisine from each group highlighting muffleta, the traditional end of Passover Moroccan treat.

The possibilities for collaboration between these groups is endless, and our work with each of them is still just beginning.