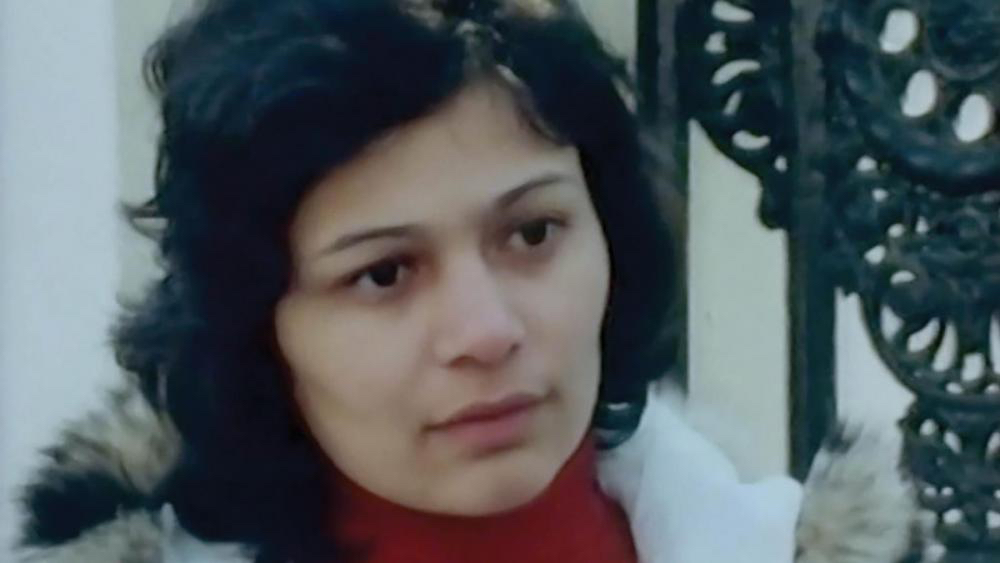 New documentary on Natan and Avital Sharansky revives the inspiring story of the heroes of the refusenik movement.

There’s a brief but quite telling scene in the remarkable documentary, “From Slavery To Freedom,” that recently premiered at a Jewish film festival in Washington, D.C.

The film is about Natan Sharansky, the most famous of the hundreds of Soviet Jewish “refuseniks,” referring to those who were refused exit visas to emigrate to Israel in the 1970s and ’80s. They lost their jobs, and many were imprisoned. Sharansky’s dramatic plight became the central rallying call for the Soviet Jewry movement. A well-known human rights activist in Moscow, he was accused of being a CIA spy, convicted in a sham trial and sentenced to 13 years of hard labor. He spent nine years in the Soviet gulag, much of that time in solitary confinement, before being released in a prisoner exchange in February 1986 and emigrating to Israel.

In the scene I referred to, Sharansky is shown in 2017 re-creating for the camera crew his walk to freedom across the famous Glienicke bridge, known as the “Bridge of Spies,” connecting East and West Berlin, where he was released by the KGB to U.S. officials on the other side. As he narrates his memories of the emotional moment, he is suddenly recognized by a middle-aged American Jewish tourist who happens to be walking by.

“Natan?” the man asks, stunned to see this iconic figure standing before him.

“Oh, my God,” the man says, his mother at his side. “We marched for you in Philadelphia in 1980,” he exclaims excitedly.

A bemused Sharansky smiles and shrugs it off.

But in a phone interview this week with The Jewish Week from his home in Israel, Sharansky, who recently retired from his nine-year post as head of the Jewish Agency for Israel, acknowledges being “upset” with American Jewry for failing to educate its youth about one of the most successful human rights campaigns in history.

“They say ‘I marched for you,’ but they forgot to tell their children this story,” he said. “And this is a story of a victory for the global Jewish people,” he said, asserting that it’s not just about his personal experience but rather the Soviet Jewry movement, an American-based grassroots effort sustained over a period of three decades that helped pressure the Kremlin into allowing a million Jews to emigrate to the West. Additional pressure on Moscow came from the 1974 Jackson-Vanik Amendment, a bipartisan effort initiated by Sen. Henry “Scoop” Jackson (D-Wash.) and Sen. Charles Vanik (D-Ohio) that linked U.S. trade to human rights, motivated by Soviet Jews seeking freedom.

“American Jews are looking to find ways to excite young people about being Jewish,” Sharansky observed, yet somehow have failed to make this inspiring piece of history an integral part of their education. It should be an example of a grassroots moral cause succeeding against overwhelming odds, he said. And many young Israelis are unaware of the history as well, he noted.

The powerful story of the movement, which became an international cause, is not in the curriculum of Israeli schools or most American Jewish schools.

Returning To The Prison Cell

Maybe that might change if enough people see “From Slavery to Freedom,” an 84-minute, Russian-language film (with English subtitles) that takes you back to the days when a small group of young Russian Jews, inspired by Israel’s dramatic victory in the Six-Day War of 1967, stood up to the repressive Soviet regime and sought to make aliyah.

Several elements make this film unique. For the first time Sharansky returns to the now-closed Vladimir prison and the cell where he suffered in frigid conditions, fed only once every two days. He explains how he communicated at times with other prisoners by talking through the cell toilet bowl — “more reliable than phones,” he mused — and how he would unscrew the ceiling lightbulb to warm himself, willing to suffer burns on his skin to keep from freezing. Guards later put wires around the ceiling bulb to prevent him from taking it down.

In addition to interviews with other refuseniks, American activists and U.S. officials of that period, the film has recordings of Sharansky’s conversations, prior to his arrest, with refusenik friends who had made it to Israel, and he recalls his poignant and rare visits with his mother and brother after his arrest.

Most newsworthy is that Avital Sharansky, the heroine of the saga, who traveled the world tirelessly for many years to fight for her husband’s release, breaks her long public silence. She describes her efforts and her fierce devotion to the man she married in a forbidden religious ceremony, on July 4, 1974, and parted from a day and a half later, as her visa expired. She says she wanted to stay behind in Moscow with him but, aware that he may be arrested, he insisted she settle in Israel.

“I am a private person,” she says in the film, “but I saw myself as a soldier” in the cause of Israel and the Jewish people.

At one point she described grabbing President Reagan’s hand at a Washington meeting and making her case directly to him, even as he tried to withdraw from her grip. “I held on,” she recalled, “and the photo” of that encounter “was everywhere the next day.”

Part of the challenge of keeping her husband’s name in the public consciousness over the years was what one American diplomat called “Sharansky fatigue,” with reporters losing interest in his case. “They wanted to know if he’d died,” one official said in the film. That would have been worth a story to the media.

The dramatic climax of the film is the hero’s reception Sharansky received on the night of his arrival in Israel, direct from Germany. He was embraced by Shimon Peres and other dignitaries as he walked off the plane, pale and painfully thin, and carried on the shoulders of celebrants at the Western Wall, with thousands cheering.

At his tearful reunion with Avital, he recalls saying, “I’m sorry I kept you waiting.”

In the film, Avital said she looks back on those difficult years “through a sea of hatred, a sea of love. For me, it was just one long day that finally ended.”

The final scenes of the film pack the most emotion. There is a clip of a young Avital riding in a car in Israel, circa 1978, being asked what she envisions for the future. Smiling, she says she simply wants to be reunited with her husband, living in Israel, with children, and to feed them and send them off to school each day. And then we see Avital and Natan in the present, on the patio of their home in Jerusalem, playing with their grandchildren.

We are reminded that this victory of sacrifice in the name of principle is not just a Jewish story but a universal one.

A Movement Led By ‘Students And Housewives’

A modest man, Sharansky said in our interview that he agreed to take part in the film on the condition that it be about the refusenik movement, not his personal story. The Russian film director, Arkady Kogan, convinced him, though, that the film required a central character for viewers to relate to, and the two reached a compromise. The film is centered on the Sharanskys but includes interviews with Yosef Mendelevich, Dina Bellina and several other refuseniks.

Sharansky said that during his years of solitary confinement, he played games of chess in his head, imagined his future reunited with Avital and concentrated on the belief that “this is an historical struggle and we are on the right side of history; that we are strong and they are weak.”

What gave him inner strength while preparing to defend himself for his trial, he recalled, was being allowed by the KGB to see news clips of demonstrations on his behalf, some of which included Avital. He said he was thrilled to see her and to realize that he was not forgotten. Seeing his reaction, Sharansky’s chief KGB interrogator angrily mocked him, asserting that the demonstrators were mere “students and housewives” seeking to take on the powerful Soviet regime.

“The phrase will go down in history,” Sharansky told me with enthusiasm; he often tells audiences that he owes his freedom to a movement led by “students and housewives.”

Today, Sharansky is writing a book he plans to call “999,” describing his nine years in prison, nine years serving in the Israeli government and nine years as head of the Jewish Agency. (He has been known to tell visitors that he won’t say which of those periods was the most difficult for him.)

He is also teaching a course at Shalem College in Jerusalem on world politics, which includes sessions on the Soviet Jewry movement.

Asked about the growing gap between American Jews and Israelis, Sharansky said Jews on the political left and right must fight anti-Semitism from within their own movements. “That way you can build bridges.”

“We need deep and constructive dialogue to better understand and appreciate each other,” he said, “to recognize that we are different — but still one people.”