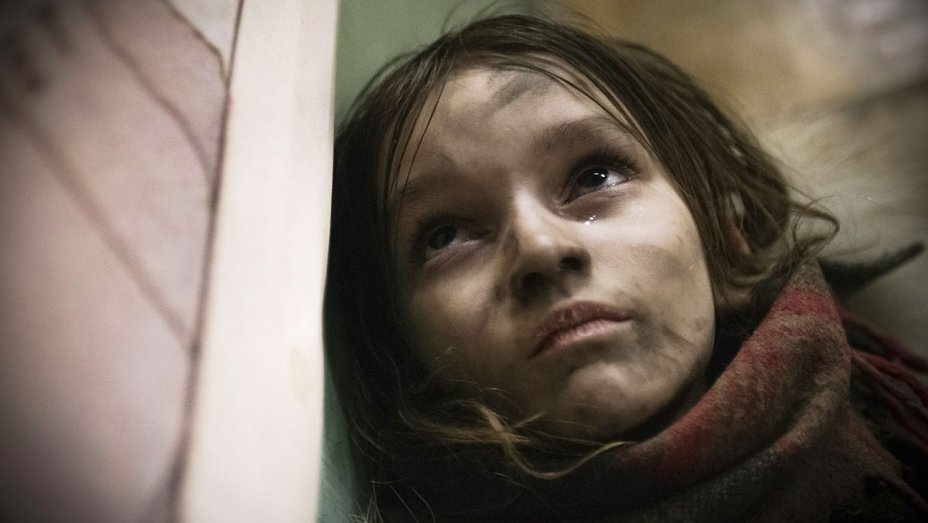 A visually evocative, narratively restrained attempt to tell a World War II story through the prism of a Jewish child in hiding,

Anna’s War never quite reaches the scope needed to make for a truly harrowing viewing experience. Still, this latest feature from Russian writer-director Aleksey Fedorchenko (Silent Souls) is marked by plenty of memorable images and a solid mastery of craft, even if the two are often at the service of a limited script. After premiering in the Voices section at Rotterdam, the film should continue its fest run and find a few small art-house pickups abroad.

Six-year-old Anna (newcomer Marta Kozlova) is the sole survivor of a family that we hear — but do not see — slaughtered by the Nazis during the opening credits. When we next meet her, the girl is hiding beneath a tangle of dead bodies that cinematographer Alisher Khamidkhodzhaev captures from above with his freely roving camera in one of the movie’s strongest sequences. Anna soon makes her way to the house of a peasant couple, who quickly escort her to the local Nazi headquarters.

From then on, the entire film (co-written with Natalya Meshchaninova) takes place within a large brick schoolhouse requisitioned by the Germans, and in which Anna has managed to find a hiding space just above the fireplace. (How she escaped and got there is a little vague.) With nothing to eat or drink, and with the structure heavily guarded at night by German shepherds and filled with officers, secretaries and other Nazis during the day, Anna’s chances of survival look slim.

But the girl proves to be ingenious at finding ways to stay alive, climbing down the chimney after hours to explore her surroundings and using whatever she can to nourish herself. She drinks rancid water out of flowerpots and paintbrush jars, steals food from mousetraps and transforms an abandoned piece of taxidermy into a winter coat. And although she only comes face-to-face with another human one or two times, she finds company in a cat that, like her, is left to wander around the empty building.

Fedorchenko seems interested in how war can be grasped from such a narrowly subjective viewpoint — one that’s distorted both by Anna’s situation (she spends a good chunk of the film watching the world through a two-way mirror above the fireplace) and age (she’s still too young to fully understand what’s happening around her). It’s an approach that recalls Russian war movie masterpieces like Andrei Tarkovsky’s Ivan’s Childhood or Elem Klimov’s Come and See — both which deal with children left to their own devices and witnessing the horrors of WWII firsthand.

Yet Anna’s War never really moves beyond being a collection of well-observed and somewhat obscure details. As time progresses, we also can’t always tell where things stand: Have the Nazis lost? Can Anna finally crawl out of her hiding place? The last act, which deals with her possible escape plan, offers a few late moments of intensity, but by then the movie’s episodic plot has failed to build into something greater.

Not that such a constant life-or-death situation lacks power, and, metaphorically speaking, Fedorchenko is clearly trying to condense the entirety of the war into the smallest setting possible, revealing how one minute experience can speak volumes about the rest. But he never quite manages to turn that experience into a riveting, or moving, drama in its own right.

On a technical level, however, the director is in full command of his craft. Working with DP Khamidkhodzhaev (Arrhythmia), Fedorchenko creates an array of striking visuals — from the many shots of Anna hiding in the dark to the scenes where she starts to discover the world around her. Sound design by Vincent Arnardi (Amelie) makes excellent use of on- and off-screen spaces, revealing key information that we don’t always see, yet can grasp through scraps of dialogue, distant gunshots, barking dogs and eerie moments of silence.