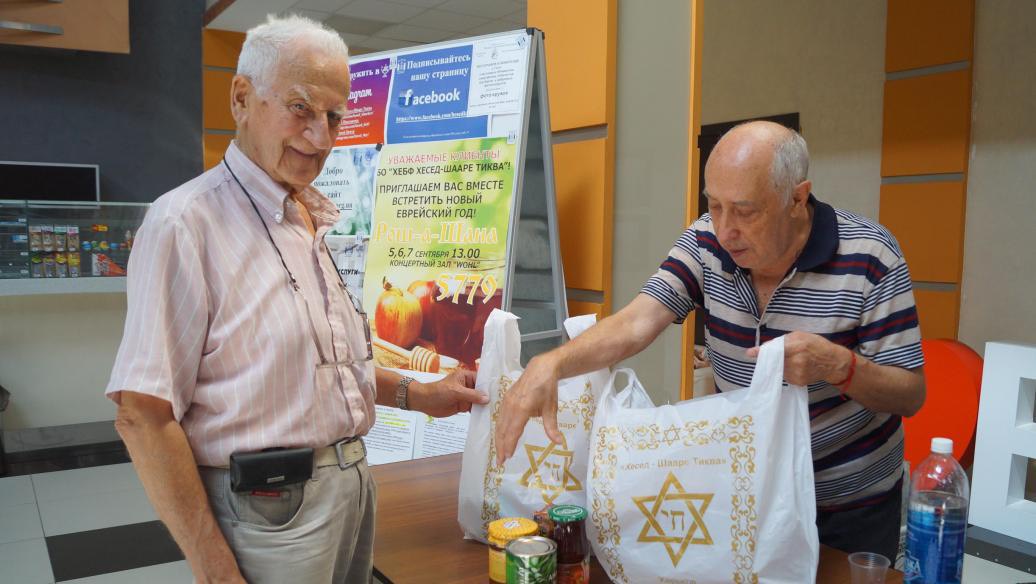 Continuing a tradition started before the fall of the Soviet Union thirty years ago, the American Jewish Joint Distribution Committee (JDC) will provide extra aid...

and traditional Rosh Hashanah treats – including apples and honey – to thousands of poor, elderly Jews across the former Soviet Union. The aid will be distributed in hundreds of locations throughout the region where JDC will also hold scores of holiday events to mark the Jewish New Year.

“As we reflect on the past year and look ahead to the future, we should remember how fortunate we are and do what we can for the world’s poorest Jews, the elderly of the former Soviet Union. As Jewish volunteers deliver apples and jars of honey, they are providing comfort to seniors who have lived unimaginably hard lives and building their communities for generations to come,” said David M. Schizer, JDC CEO.

Elderly Jews in the region will be among hundreds of local Jews who will participate in JDC organized Rosh Hashanah events. In addition to holiday lectures and concerts, cooking workshops and cultural performances, special holiday retreats for families and children will bring holiday traditions to new generations of Jews. The events will take place in JDC’s network of Jewish community centers, Hesed social welfare centers, and other local institutions.

At the same time, volunteers will visit homebound elderly, offering holiday wishes and gifts. In Kharkov, Ukraine, the “Every Home a Holiday” volunteer initiative will include dozens of seniors receiving guests to share in holiday traditions and greetings while more than 300 people, including local elderly, will attend Rosh Hashanah concerts including music and dance performances at Sha’are Tikvah Hesed social welfare center. In Gomel, Belarus, a multigenerational audience will learn about Rosh Hashanah food traditions, including how to make holiday fare, while in Krasnodar, Russia, Jewish youth will attend a holiday bash at the Taki Da Jewish restaurant where they will learn about Rosh Hashanah traditions, play holiday quizzes, and perform songs and dances.

JDC’s work in the FSU is generously supported by the Claims Conference, the International Fellowship of Christians and Jews, the Jewish Federations, and other generous donors.