At first in-person gathering since the pandemic, Limmud FSU returns to Moscow with a bang 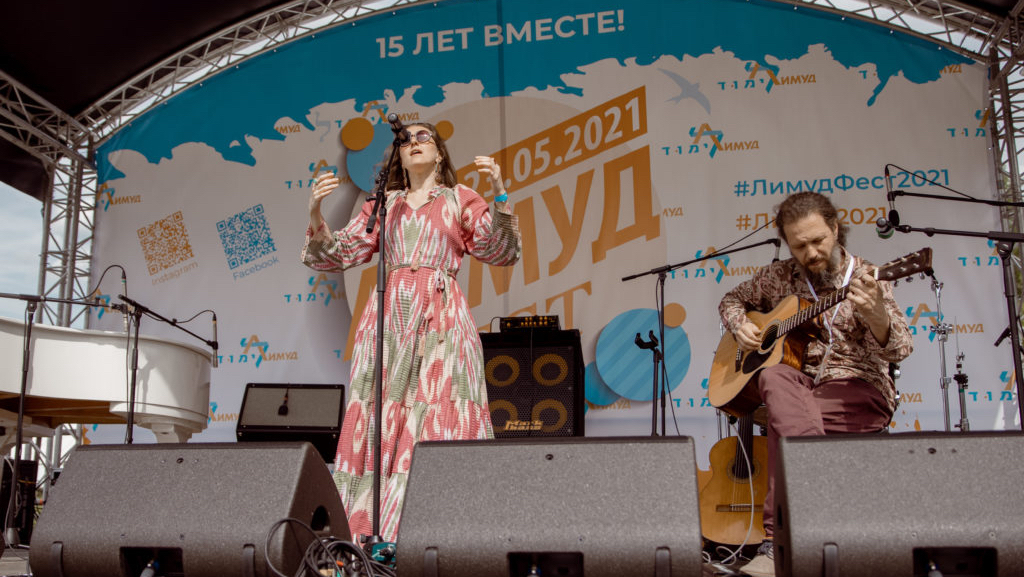 Under clear spring skies, about 1,000 Jews gathered on Sunday along the banks of the Moscow Canal for Limmud FEST...

the first Limmud FSU face-to-face event worldwide since the beginning of the global COVID-19 pandemic.

Limmud FSU Moscow, held at the city’s sprawling Admiral Club, adhered to local social distancing regulations. Held mostly outdoors, the robust Jewish learning festival was crammed into a single day. It took place 15 years after the nonprofit group’s very first conference, also in Moscow. Since then, 13 volunteer teams have staged at least 75 events worldwide. The most recent in-person event was the Limmud FSU Europe conference held Feb. 28-Mar. 1, 2020, in Vienna, just before the pandemic brought international travel to a halt.

Led by the organization’s chair, Matthew Bronfman, and its president, Aaron Frenkel, Limmud FSU’s get-togethers have attracted an estimated 70,000 Russian-speaking Jews in more than a dozen countries throughout North America and Europe, and as far away as Australia.

“This was a true celebration of our return to face-to-face programming, and as such it was very significant that it was held in Moscow,” said Limmud FSU’s founder, Chaim Chesler.

Sandy Cahn, Limmud FSU’s co-founder, added, “We are returning to our traditional programming cautiously and carefully. We are optimistic that over the next seven months we will be able to mount a series of one- and three-day events across the Russian-speaking Jewish world.”

“You see thousands of young people who are interested in what Limmud is, in their Jewish roots, in their culture, in their religion, in politics,” observed Alexander Ben Zvi, Israel’s ambassador to Russia, who attended the May 23 gathering. “It makes you proud.”

One 27-year-old attendee, Viktoria, said the Moscow gathering marked a return to normal life after such a difficult year.

“It was great to meet people again, to feel the atmosphere, to learn together,” she said. “I think that the entire world has learned not to take things for granted. That made this event feel special and particularly significant.”

“Even though this year it could only be a one-day event and not a full three-day conference, it was a refreshing and interesting experience,” Alex said. “With only the sky above us, it had everything we have come to love at Limmud FSU Moscow: fascinating lectures by the best lecturers, great people to meet and talk to, and a special ambiance.”

One of the speakers was Russia’s chief rabbi, Berel Lazar, who discussed the current situation of global Jewry, as well as the recent 11-day battle between Israel and Hamas in Gaza. The real challenge facing the Jewish state, Lazar warned, is the growing internal Israeli divide between Orthodox and secular Jews.

“How can it be that in Israel you have to be either religious or not religious?” Lazar asked. “You have to belong to one camp or another, if you don’t, you are nobody.”

Another speaker, journalist Alexei Venediktov, hosted a discussion on whether today’s Russia is imperialist or nationalist. Anna Ginzburg-Paley and Anna Smirnitskaya, experts on Yiddish music and poetry, led a panel on how women view themselves today compared to 100 years ago, and how — during the Holocaust — Jewish women’s voices revived hope.

“For Russian-speaking Jews, culture and community have long been the cornerstone to reclaiming and developing our Jewish identity,” said Marina Yudborovsky, the Genesis Philanthropy Group’s CEO. “From its inception 15 years ago, Limmud FSU has been a flagship initiative in this regard, bringing thousands of Russian-speaking Jews worldwide to the next step of their Jewish journey. It is only fitting that as the Jewish world emerges from the pandemic, Limmud FSU comes alive in Moscow — where it all began.”

Next on the Limmud FSU calendar: a June 13 conference in Briarcliff Manor, New York, followed by a June 20 West Coast event in Palo Alto, California.