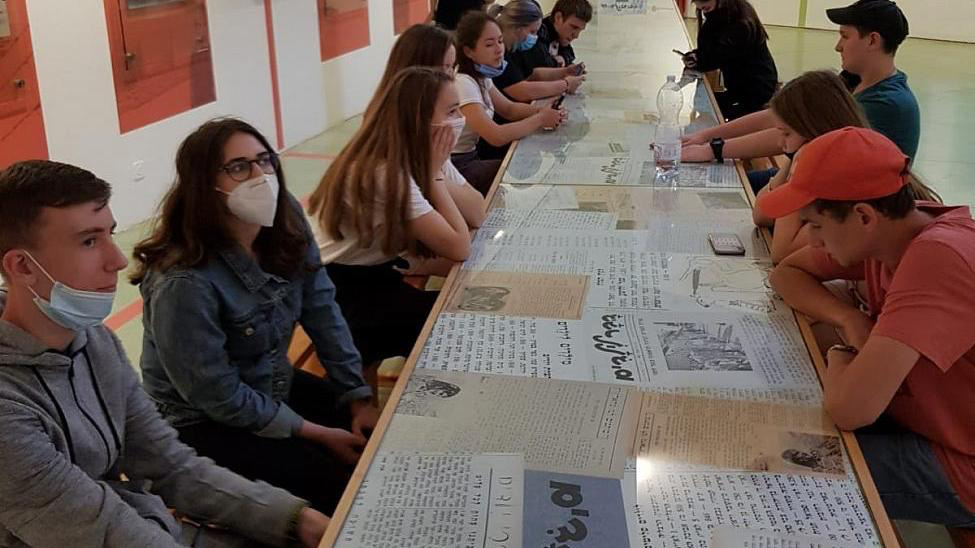 to establish, preserve and educate future generations on the history of the Holocaust in the former Soviet Union, GPG and Beit Lohamei Haghetaot have initiated numerous activities geared towards the presentation of this aspect of history.

In addition, our efforts are bearing fruit with the launching of a new multi-faceted educational program for Israeli 12th grade high-school students which will incorporate the story of the Holocaust of Soviet Jewry, the memory of the heroism of Jewish fighters against the Nazis and their satellites, as well as individual heroism, and spiritual resistance in all its forms, as an alternative to traditional visits to Holocaust sites in Poland. They shall also delve into the meanings of memory, and engage students in discussions about awareness, activism, and communal involvement.

The six-hour long educational program portraying the Holocaust of Soviet Jewry will be conducted in small groups of about 20 students and tailored to the needs of each participating school in consultation with its educational staff, according to school’s goals and students’ level of knowledge. The program will include such elements as a presentation lecture/ workshop/introductory film that provides a basic overview of the Holocaust on Soviet territories (as part of WWII), guided tour of the museum’s relevant exhibitions, video testimonies of survivors and fighters, the “Bielski Brothers workshop” dedicated to the legendary family of Jewish partisans, a workshop telling of the Righteous Among the Nations, a unique archival workshop focused on stories exemplifying bravery and spiritual resistance during the Holocaust in the FSU, and a “Portable Gaming Workshop” – visual escape room sets, which will use quest room methods for exploring the individual life stories of five inspiring characters that lived on the FSU territories during the Holocaust. For those students unable to attend the activities at the museum, Beit Lohamei Haghetaot will conduct a guided workshop at their schools, centered around the history of the Holocaust in the occupied FSU territories.

Due to the restrictions imposed by the coronavirus pandemic on the traditional visits of Israeli high schoolers to the Holocaust sites at Poland, Beit Lohamei Haghetaot, supported by GPG, shall design an alternative seminar for 11th and 12th graders. The seminar will be three to four days long and will be conducted in the Grantee’s museum, Beit Lohamei Haghetaot Kibbutz, and the vicinity. In addition to the educational program, the seminar will include encounters with veterans and Holocaust survivors from the Former Soviet Union, guest speakers, and visits to historical sites around the Western Galilee.

For the wider audience in Israel and abroad, Beit Lohamei Haghetaot shall, for the first time, develop virtual tours of its exhibitions, which at the first stage will cover 3 out of 15 thematic halls and offer a guided online visit with 10-15 discussion stations to broaden the learning experience, augmented by original artwork and video testimonials.

It is estimated that, starting this September, about 5000 students from schools all over Israel will be able to take part in the program during 2020/21 school year.

According to Natalie Shnaiderman, GPG Director of Global Grantmaking: “Telling the story of the tragedy and heroism of the Jews who suffered, fought and died in the desperate struggle for human dignity in the occupied lands of the former Soviet Union completes the history of the Holocaust and Jewish resistance. This project will ensure that future generations of young Israelis will learn and remember this history in all its aspects”.