Building a Flourishing Future: A Conversation with Ilia Salita 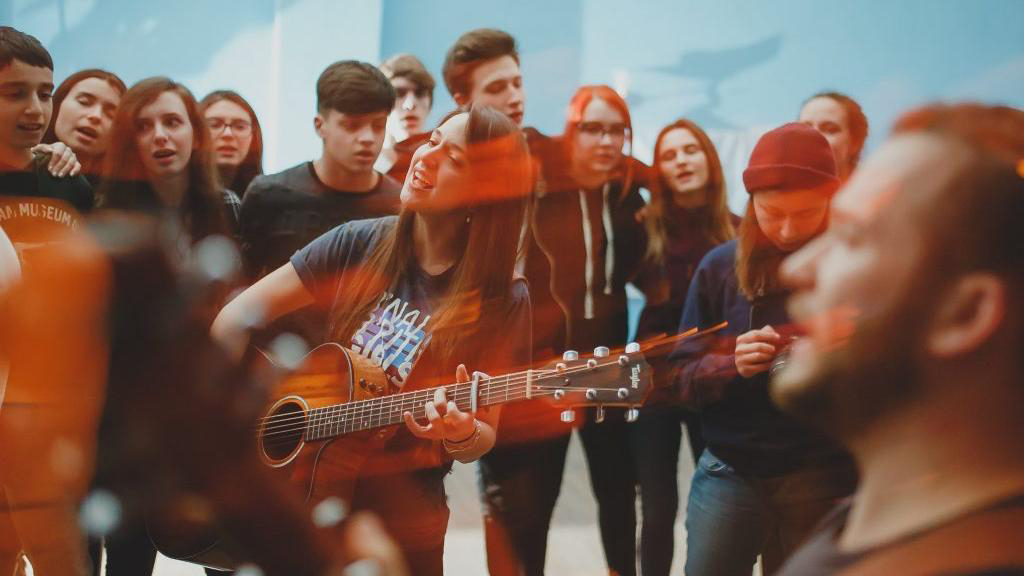 Ilia Salita is the President and CEO of Genesis Philanthropy Group (GPG), the global foundation focused on Russian-speaking Jewry committed to engaging and inspiring young Jews around the world...

Ilia and GPG have been crucial partners in JDC’s ongoing efforts to build thriving, self-sustaining Jewish communities in the former Soviet Union, as well as empower the next generation of global Jewish leaders.

In this Q&A, Ilia shares his thoughts on Russian-speaking Jews, philanthropy, and the future of the global Jewish community.

Our principals understood over 10 years ago, when the foundation was launched, that Jews from the territories of the former Soviet Union, regardless of where they reside, are at a pivotal point, not only for themselves as a community, but also in the larger context of global Jewry. Our vision has been to help ensure that the children, grandchildren, and even great-grandchildren of Jews born in the Soviet Union find their place in the Jewish landscape of their current homes. For some, this may be about revitalizing and nurturing existing communal structures; for others, it may be about building communities and programs geared specifically toward Russian-speaking Jews; and yet still others may find their way into and flourish in local Jewish infrastructures. Russian Jews have historically played a key role in the Jewish story, whether building the American Jewish community, the State of Israel and more. Our work is geared toward helping them to continue to contribute to the tapestry of the Jewish world going forward.

There has been a lot written about the engagement of Russian-speaking Jews in the global Jewish community. How does this population fit in the larger picture?

Interestingly enough, several major research studies done over the past few years, especially focusing on younger Jews, are finding that there is a strong focus on individualism, a mistrust of established institutions, a lack of connection to religious practice and an urge to see oneself as a “citizen of the world.” While these may seem new to some, these characteristics have described the Russian-speaking Jewish community for decades. We are seeing success in leveraging the knowledge and expertise gained in engaging Russian-speaking Jews to engage other Jewish groups, be those Israelis in London, young families in Boston, or young adults in Toronto. It stands to reason, in fact, that as we make the Jewish tent more welcoming and relevant with a focus on one group, this will make it more attractive to many. It is also important to note that the Russian-speaking Jewish community of the diaspora is, at large, much less conflicted on the subject of Israel. In today’s climate of BDS and other challenges vis a vis Israel–diaspora relations, the Russian-speaking Jewish community, with its prevalence of close relatives in Israel, can and often does serve to bridge the divide on this important subject.

The history of Russian-speaking Jews, as you have written, is replete with creativity both in the Jewish and wider cultural spaces. How can we tap that spirit and talent to strengthen our communities?

We face many challenges across our communities and it is critical that we bring all our resources to bear on overcoming them and continuing our millennia-old tradition of persevering. A key part of that is ensuring that our spaces — physical, online, intellectual and spiritual — are welcoming and inclusive. If we succeed in making them so, we will reap the rewards of engaging the full spectrum of spirit and talent from Russian-speaking Jews around the world and so very many others.

Is that why GPG decided to invest in JDC’s work in the former Soviet Union to foster community life, identity, and leadership?

JDC possesses an immense treasure trove of experience and knowledge and an unparalleled network of community centers throughout the former Soviet Union. JDC is also keen on being a learning organization and staying agile with its programs and methodologies. JDC brings its consummate professionalism on all levels – from project development to measurement and evaluation. One simply cannot envision a successful development of Jewish life in the Russian-speaking world without JDC, and in this we are natural partners. Genesis Philanthropy Group is thrilled to partner with JDC, and we have high hopes and high expectations for this partnership in the future.

How does our work together — through volunteerism and Active Jewish Teens — serve as stepping stones to other involvement in the region’s local Jewish life?

Active Jewish Teens — just as Jewrovision or Limmud FSU, projects GPG also supports — found the magic sauce for combining mass-scale reach with profound engagement. It is one of the small number of initiatives in the Jewish world, globally, which has successfully proven that you can simultaneously build up Jewish identity – individually and in small groups – and gather participants into large-scale conferences that expand knowledge and boost motivation. You can open the doors for casual participation and volunteering for those who’d like just “to taste” the Jewish life and successfully develop a structured system for fostering young leadership.

You can provide Jewish teens with exciting activities and get them to actively engage with their communities through volunteerism and tzedakah, thus learning the value of mutual responsibility. You can empower them to be masters of their own Jewish journeys and organize a process through which they will get tools and skills to make this journey a successful one. You can be virtual – and you can be real. And that, in our opinion, is the key to AJT’s sustained success.

Active Jewish Teens will build a pipeline of future Jewish leadership in the former Soviet Union and Jewish content is key to fostering this goal. Why is this content so important for this generation and how does it help foster a cohort of leaders among them?

It is important to underscore that AJT goes beyond Jewish engagement. AJT is focused on and contributes to the overall human development of its participants by teaching them the ever-important values and skills of self-governance and self-reliance, confidence and leadership, sociability and the ability to set and accomplish goals, and – just as important – the drive to improve the world, to be inclusive and tolerant. I would be remiss if I didn’t mention with particular admiration AJT’s effort to include teens with special needs, breaking stigmas and changing entrenched negative attitudes, both of which are still quite common in the countries of the FSU.

This is how you build this “cohort of leaders” you’ve mentioned, and I am sure it’s no surprise to anyone that GPG believes that we need these leaders badly if we want to tap the potential – the interest, the creativity – that exists among Russian-speaking Jews today regarding all things Jewish. We live in a world of conflicting and competing identities, and this moment might pass – with severe consequences for our common Jewish future – if we don’t take it head-on and do not generate and execute new ideas and approaches.

Active Jewish Teens, a JDC partnership with GPG and BBYO, brings young Jews together to celebrate their shared Jewish heritage. While none of us can see the future, what do you predict is on the horizon for Jewish communities in the former Soviet Union?

As Anne Frank wrote, “Our lives are fashioned by our choices. First we make our choices. Then our choices make us.” The same is true for communities. Today, Jewish communities in the former Soviet Union are flourishing. Being Jewish has become not only more acceptable, but now has a cache that could not have been dreamt of 50 years ago. At the same time, local economic and political challenges are an issue and there continues to be a drain of young and talented people moving abroad. There is no way to predict what these communities will look like in the future, but we are, thankfully, not in the business of predicting. We, along with many partners globally and locally, are choosing to support, strengthen and build these communities. We look forward to continuing to watch these choices build a flourishing future.