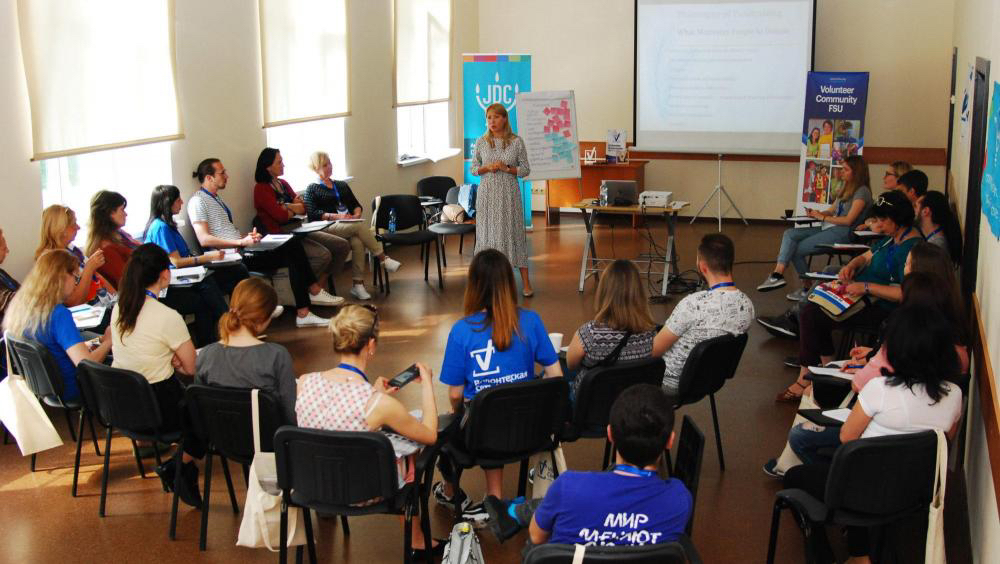 The three-day program was the largest of its kind for Jews across the former Soviet Union...

“My experience as a volunteer has been life-changing, both as a Jewish person and as a community leader,” said Antonine Pijevscaia, a 67-year-old volunteer from Kishinev, Moldova. “When you come together with others who are driven by the desire to improve lives and create Jewish community, you feel unstoppable. I couldn’t wait to meet and learn from others doing this work in communities across the former Soviet Union and build connections that help us change the world and carry out our vision for Jewish life.”

The work of JDC’s volunteer network is made possible through JDC’s partnership with the Genesis Philanthropy Group, the global foundation focused on Russian-speaking Jewry, Jewish Federations, and individual foundations and donors.

“We’re proud of our role in fueling a trend among thousands of Jews in post-Soviet countries to enthusiastically give back and build community. By turning out in increasing numbers to aid the elderly and vulnerable, care for and cultivate local humanitarian institutions, and engage their peers in Jewish culture and ideals, they are serving as role models for Jewish leadership today,“ said Michal Frank, JDC’s director for the former Soviet Union.

“As we work to strengthen Jewish life worldwide, we have much to learn from their example,” he continued. “Not only have they upended communism’s historic disdain for volunteer activities, they are offering us new paths for Jewish connection and meaning.”

Additional workshops focused on trends in volunteer activities and needs, successful strategies for project management, resource development, PR and marketing, and partnership development. A contingent of Israeli volunteers, with experience in launching and managing large volunteer projects, presented their own volunteer projects to the audience.

And as part of the weekend, the group celebrated a traditional Shabbat, complete with candle-lighting, Friday-night dinner and a Havdalah service on Saturday night.

“For someone like me who grew up in Soviet Ukraine, there is something overwhelmingly inspiring about scores of Jews coming together to enthusiastically put their identity and values into action,” said Oksana Galkevich, a senior member of the JDC’s former Soviet Union team. “By empowering these leaders today, we can ensure a future for Jewish life in the former Soviet Union that is a vanguard of care and community-building.”