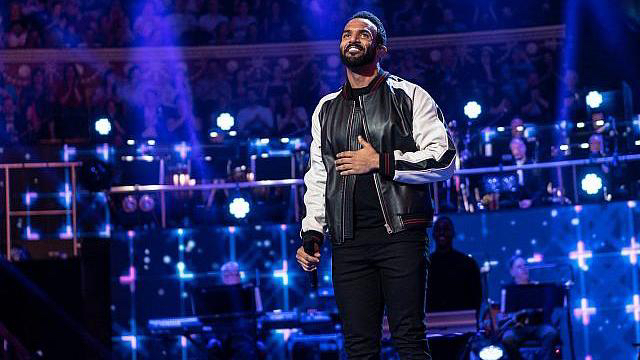 Singer-songwriter will perform at landmark celebration honouring young people who have completed one of JLGB’s evolve awards.

He will sing to an audience of young people who have completed one of JLGB’s evolve awards or qualifications this academic year, including the Yoni Jesner Award, Duke of Edinburgh’s Award, National Citizen Service, vinspired or OCN.

David’s London performance at the 18 September event, for which Jewish News is media partner, will be to more than 1,000 people including parents, teachers, charity partners and community leaders.

The event will recognise the achievements of young volunteers and their impact across the community and wider society.

“We are thrilled Craig David has agreed to headline the largest celebration to take place in the Jewish community,” said JLGB president Lord Levy.

“We know that this event will be the catalyst to encourage hundreds more young people to complete their awards. By 2021, we hope more than 15,000 young people will be volunteering in their community through the initiative.”

The event is being sponsored by Genesis Philanthropy Group (GPG), is global foundation, co-founded by philanthropist Mikhail Fridman, and his business partners.

“We are delighted to support this landmark event to recognise and thank all young people who give their time and their talents for others,” said GPG president and chief executive Ilia Salita.

“That is why this high-profile occasion, headlined by multi-platinum-selling artist Craig David, is not just for volunteers themselves, but also for their families, teachers and all organisations that enable volunteering across the community.”

David, 38, shot to fame in 1999, featuring on the single Re-Rewind by Artful Dodger from his acclaimed album Born To Do it. His music has since touched on different genres including R&B, hip-hop, garage and dance. Born in Southampton to a Grenadian father and British Jewish mother, the singer has some Jewish heritage on his mother’s side.

His maternal grandmother converted to Judaism after marrying David’s grandfather, Reggie Loftus, who owned a pharmacy in Golders Green and was related to the family who founded the Accurist watch company.

He is now headlining the biggest celebration of Jewish youth volunteering in the community’s history, and Salita said: “We hope this celebration will encourage even more young people to sign up to the evolve platform and to express their Jewish identity through helping others.”

Young people hoping to earn an invitation to the event can still sign up, log their volunteering hours and complete their award on evolve by the end of July, with further details on JLGB’s evolve website at www.jlgborg/evolve.

Neil Martin OBE, JLGB chief executive said: “Hundreds of young people who have already completed their awards this year will receive their personal invitation this week. For all those volunteers still to complete their awards, it’s not too late to unlock the hottest ticket in town; the eVOLve team is on hand to support young people cross the finishing line by helping them to log their volunteering hours online.”