Cut your rent by throwing parties 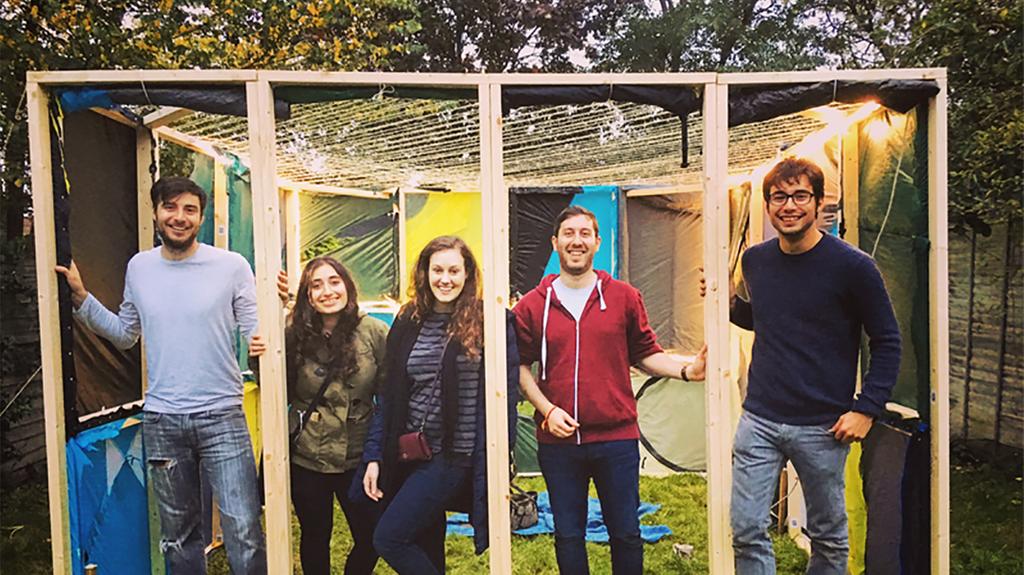 In your twenties and worried about rent? Why not apply to open a Moishe House, where a rebate's on offer as long as you put on lots of events.

I get a WhatsApp message from one of my friends, asking if I wanted to look for a flatshare with her and another friend. We could just rent a flat normally. Or we could apply to open a new Jewish house in east London. That way we could get a big rent subsidy — around 50% — while hosting events for Jewish people in their 20s. We’d be given a budget to host Friday night meals and festival celebrations, as well as just about any activity we dream up — so how about art classes and gin tasting for all?

It does sound tempting, or worth investigating, and others are thinking the same.

The Belsize Park Moishe House, which opened quietly in February, is the second in London. There’s already a house in Willesden Green which was founded in 2007 and is going strong. The Moishe House UK charity, part of an international network, wants to launch two more houses this year in London. One will be in east London. The other will be a Russian house, open to everyone, but housemates will have a Russian-Jewish heritage.

The aim of Moishe House to create a space for Jewish adults in their 20s who have a limited number of places to go. They’ve graduated from Jewish life at university and youth movements, but they’re left out of Jewish events aimed at families.

I haven’t been to the Belsize Park house yet, but I’ve been to the Willesden Green house, on and off, for the last few years. I’ve been to Friday night meals, summer garden parties, and a book club where we discussed Zadie Smith’s The Embassy of Cambodia (which is in Willesden Green.) I’ve sunk into the buttery, very well-worn leather sofas and had conversations with people I never would have come across otherwise.

I meet Simon Davies, 27, in central London, just after he’s just moved into the Belsize Park Moishe House. He qualified as a lawyer with Linklaters before recently founding a start-up, Accelerate Law, which offers on-demand, in-house legal expertise. He was encouraged to move in by fellow entrepeneur Ben Leibowitz, 25, who originally had the idea for the house. The third resident is Clarissa Wigoder, 22, a law student.

The Belsize Park house is smaller than the one in Willesden Green. They’ve already hosted a few events, including a Friday night dinner, but they’re very open to ideas in terms of what people want. They’ll be expected to put on five or six events a month, roughly themed around Jewish culture and holidays, Jewish learning, charitable activities, and, last but not least, social events, which could include pretty much anything. The house is kosher and meat-eating, the Willesden Green house is vegetarian.

Originally from Manchester, Simon wanted to be part of the Belsize Park Moishe House because he hadn’t felt part of a vibrant Jewish social life in London. “I’ve lived in Russia, France and Israel, and in all those of places, I’ve always gone to Jewish events,” he says. “In Russia, I was going to the Friday night community dinners, I was involved in a community in France, and in Israel there’s a lot going on. For some reason in London, whether that’s the nature of the city, or the way social circles are built, I’ve never really done that. I’d never really heard of the Willesden Green Moishe House.”

Simon especially wants to organise charity volunteering from the House — as well as hosting parties. “This should be the kind of thing where people who are not going to these kinds of events will want to come to,” he says.

“The Belsize Park Moishe House is literally young people who are looking to host cool events — there’s no catch to it, there’s no ulterior motive.”

He adds: “I think a lot of the time you see events aimed at young professionals that are a little bit painful, and they usually have some kind of singles aspect to it, whereas this is not about that. Obviously if you’ve got young people and they’re single that stuff is going to happen and that’s great, but that’s not why the house exists.”

I’ve spent some time thinking about whether I would want to live in a Moishe House. It would be brilliant in that you’d be meeting new people all the time, and you could put on pretty much any event you’d want. Over the years, I’ve enjoyed going to life drawing classes, and late summer film nights, where the house screened a film on a projector in the garden as it started to go dark and we ate hand-baked pizza.

The main thing that might put me off would be the lack of personal space, and guests sometimes wandering in and out. It might be difficult coming home from a long day at work, only to remember that a housemates is hosting an event for forty people.

Emily Hilton, 26, has lived in the Willesden Green house for almost a year and a half. She used to be a social worker and now works developing policy on children’s rights. She lives with Tanya Barth, a social work student, Gidon Fineman, a mindfulness teacher, Gabi Gershuny, a law student, Ben Heller, an organisational culture specialist, and Ben Shapiro who works for charity Three Faiths Forum. Two people are moving out soon, and so they’re currently looking for new flatmates.

I’ve known Emily a while, so I go to the Willesden Green House to ask her more about life there. First, how does she describe her home to new people she meets (something that I imagine I would very much struggle with.) “It’s very hard to describe the house without making it sound like a cult, but you do try,” she says, laughing. “I usually say it’s a bit of a co-op or a commune - without the debauchery. It’s a conversation starter.” She enjoys meeting interesting new people, but agrees that “when you live in a communal space sometimes your private sphere becomes very public”.

One of the events Emily’s proud of organising was a talk about tackling domestic violence in different religious communities. She also hosted a huge Tim Burton- themed fancy dress Purim party, with personalised paper invitations. There’s a glitter disco ball in the fireplace and ivy fastened on the walls, from that or another recent party.

When I ask what she thinks is special about the house, Emily gestures towards the many notes with poetic lines taped on the walls from housemates past. There are so many posters and collages on the walls that it’s hard to say who put them up over the years. “You feel like you’re part of something, it has a history,” she says.