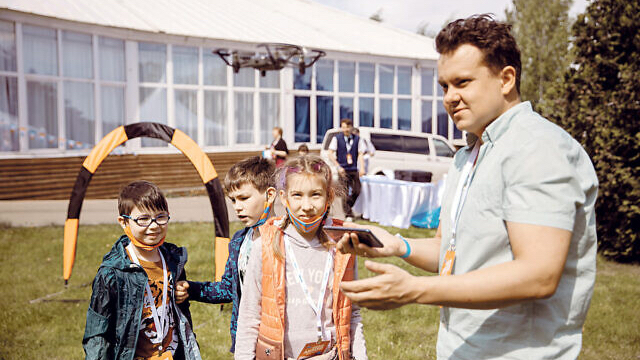 Delegates came together outdoors along the city’s canal for Limmud FEST, the first face-to-face event since last spring and 15 years since the first staging of the festival.

A semblance of normality in the Jewish world resumed last Sunday as 1,000 Russian-speaking Jews converged on Moscow for one of the first large in-person events since Covid-19 closed borders and businesses in March 2020.

Many had not seen each other since February last year in Vienna, when the last Limmud FSU took place. Days later, the world went into lockdown.

The event, which took place shortly after a ceasefire was declared between Israel and Hamas, was supported by Genesis Philanthropy Group (GPG), the Claims Conference, the American Jewish Joint Distribution Committee, the Jewish National Fund-KKL and Nativ, which is run from the Israeli Prime Minister’s Office.

"For Russian-speaking Jews, culture and community have long been the cornerstone to reclaiming and developing our Jewish identity,” said GPG chief executive Marina Yudborovsky.

“From its inception, Limmud FSU has been a flagship initiative in this regard, bringing thousands of Russian-speaking Jews worldwide to the next step of their Jewish journey. It is only fitting that as the Jewish world emerges from the pandemic, Limmud FSU comes alive in Moscow, where it all began.”

Limmud FSU founder Chaim Chesler said it was “a true celebration of our return to face-to-face programming”, adding that its Moscow venue was “very significant”.

Co-founder Sandy Cahn said it was hoped one- and three-day events across the Russian-speaking Jewish world would return over the next seven months.

“You see thousands of young people who are interested in what Limmud is, in their Jewish roots, in their culture, in their religion, in politics,” said Alexander Ben Zvi, Israel’s ambassador to Russia. “It makes you proud.”