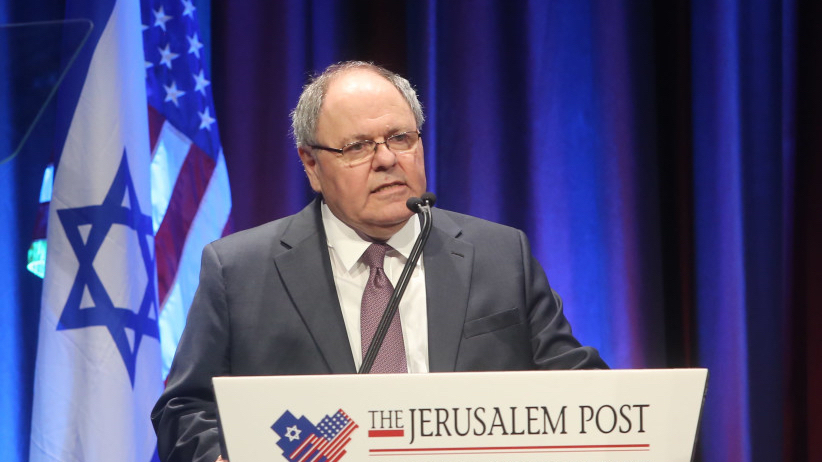 When the appointment becomes official, Dayan will replace Avner Shalev, who has held the position for 27 years.

The sensitive post has been vacant due to challenges in appointing a new chairman.

But Eitam’s critics cited IDF investigations that found he had ordered the beating of Palestinian rioters, bragged about it and was scolded by the IDF chief of staff. Alleged abuses of human rights made him unfit for such a sensitive post, they said.

Those same critics, however, had no problem with the appointment of Dayan, who proved himself to be a builder of bridges between conservative and progressive Jews during his tenure in New York.

Dayan was a “terrific appointment” for the post, said former Labor MK Colette Avital, chairwoman of the Central Organization of Holocaust Survivors.

“He is a man of broad horizons who was a successful consul-general in New York,” said Avital, who also held that post from 1992-1996.

Past and present leaders of Meretz said they had no problem with Dayan heading Yad Vashem, even though he chaired the Yesha Council in the past.

New Israel Fund director Mickey Gitzin said he did not object to the appointment.

“Effi Eitam was not ruled out for being a settler leader, and there is no problem with people who live in settlements holding key posts in Israeli society,” he said. “Eitam was unacceptable due to his many racist statements against Arabs that were unfit for the chairman of Yad Vashem. “Dayan is a political adversary but a legitimate and proper leader, and I wish him well in this important post.”

Dayan is a former member of the Yad Vashem Council.