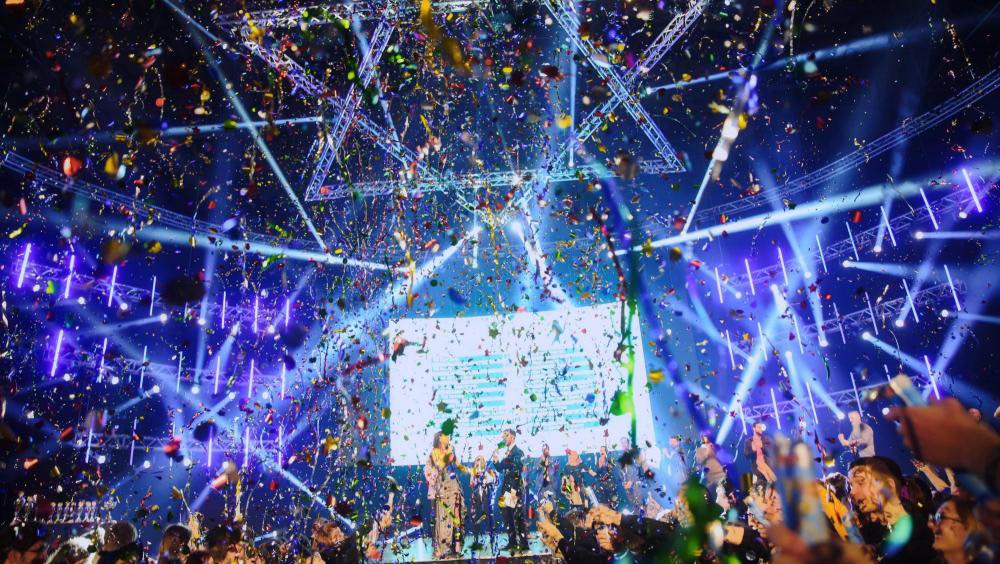 Netta Barzilai, the Israeli singing sensation, performed as a special guest at the 18th and largest ever “Jewrovision” musical contest for Jewish youth in Germany.

Jewrovision 2019 took place on February 2nd at the Messe Frankfurt, one of the world’s largest trade fairs and performance venues, in Frankfurt am Main, Germany.

Modeled on the Eurovision Song Contest, “Jewrovision” invites young aspiring Jewish performers ages 10 to 19 to compete against each other under the overarching theme of Jewish heritage. Since this was the 18th Jewrovision competition, the Hebrew word “chai” for “Life,” whose numerical value is also 18, was chosen both as a motto for the competition and a challenge for the participants to reflect in their performances.

The participants, who represent 25 Jewish communities in Germany, performed covers of the famous pop songs with their own lyrics, and designed their own costumes, choreography and music videos. The jury for the competition was comprised of well-known figures in German show business, including singers, producers and TV anchors.

This year the competition, organized by the Central Council of Jews in Germany with the support of Genesis Philanthropy Group and the German federal and local authorities, drew a record 1,500 participants and 3,500 guests. It culminated in a nail-biting late-night win by the Olam Youth Center in Berlin, which means that Jewrovision 2020 will take place in the German capital.
“Many young Jews in Germany are currently asking themselves about the future of our country,” said Dr. Josef Schuster, President of the Central Council of Jews in Germany. “We respond to the growing climate of anti-Semitism with the 18th Jewrovision, and a strong Jewish community. Now 1,500 participants are going home with a strengthened Jewish self-confidence.”

Ilia Salita, President and the CEO of Genesis Philanthropy Group (GPG), told eJP, “given tremendous interest in Jewrovision shown by Russian-speaking Jewish teenagers in Germany, GPG views this competition as an important opportunity to support integration of the new generation of Russian-speaking Jews into Jewish life in Germany and in Europe as a whole.”