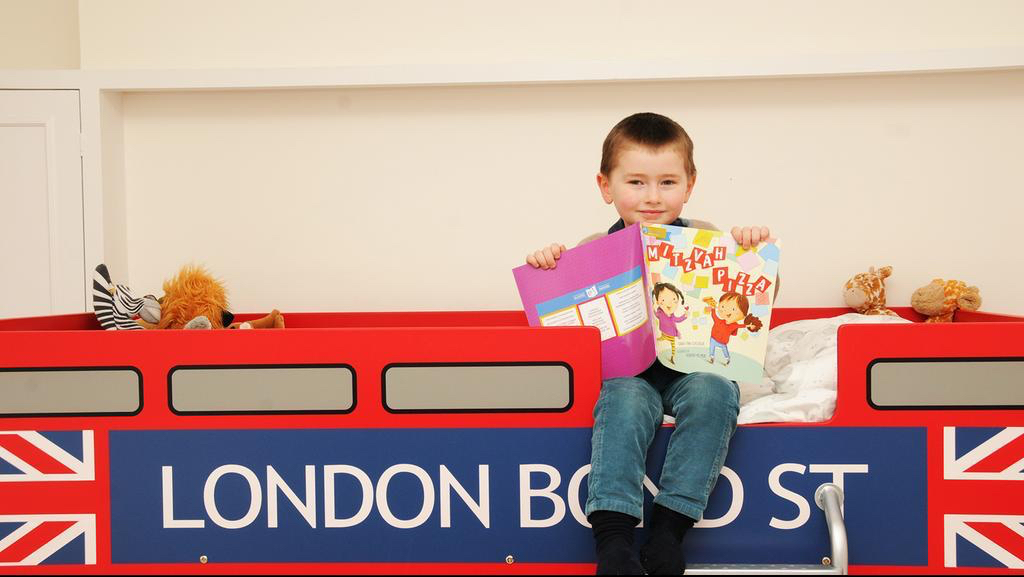 The four-year-old from Kensington was the recipient of the 150,000th book of Jewish interest distributed in the UK by the PJ Library. The special delivery was made by Michelle Jacobs on behalf of the Pears Foundation, which has supported the library since it launched in the UK less than four years ago.

Daniel’s book was Mitzvah Pizza, an apt selection as he speaks Italian and loves pizza.

Every month, more than 6,500 Jewish children across the UK receive a free PJ Library book on topics including festivals, rituals, culture and history. The library’s aim is to inspire families raising Jewish children by helping to create a positive Jewish identity in their home.

A number of the young readers are from smaller communities as diverse as Stevenage, Southampton and Jersey.

Lauren Hamburger, PJ Library’s UK director, said it was “incredibly rewarding to see so many families now enjoying Jewish stories, whether they live in a small village or a large city. Daniel and his brothers were excited to show us their favourite PJ Library stories while their mother Roberta explained how she will use this month’s books to explain to their multi-faith nursery what the festival of Purim is and how it is celebrated by Jewish children.”

Ms Jacobs said the Pears Foundation was proud to be associated with the library. “Through our JHub, we have provided PJ Library with residency support, training and guidance.”

Founded by the Harold Grinspoon Foundation, the library reaches more than half a million children in 20 countries.