How Hillels outside North America Reach Students of all Ages 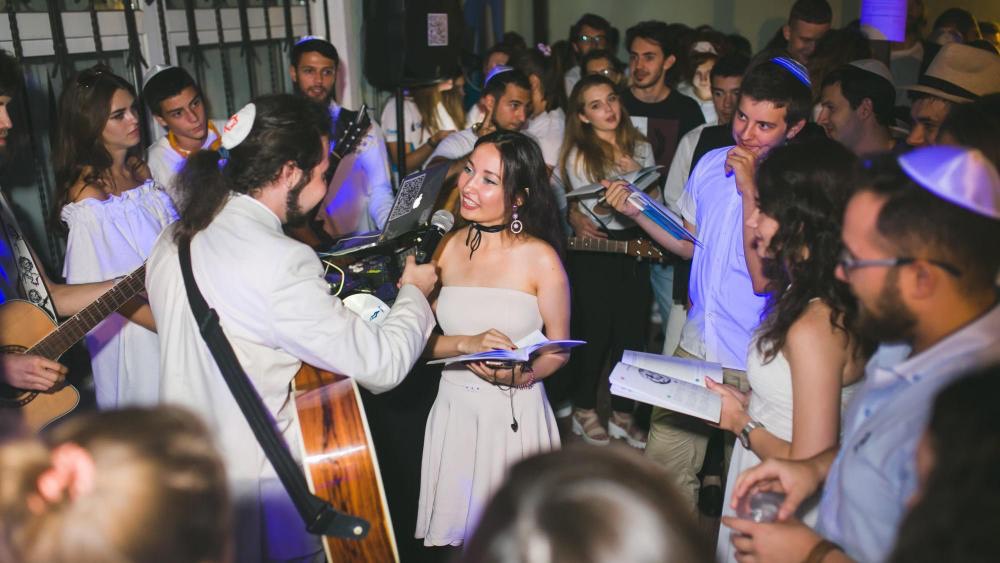 A college student in ripped jeans and a tank top gazes at a whiteboard scrawled with Hebrew words.

A few seats away sits a middle-aged man in a crisp polo, twiddling a pencil between his fingers as he recites the Aleph-Bet. They’re among the roughly 250 people enrolled in a free, 10-week Hebrew course offered by Hillel Russia.

Each Sunday, the Hebrew beginners gather in a sun-flecked pavilion at the Muzeon Art Park, an open-air museum in Moscow. They spend an hour and a half studying Hebrew phonetics and grammar, Israeli gestures and the differences between biblical and conversational Hebrew. The class has attracted roughly 1,000 applicants per summer, ranging from 16-year-old students to 45-year-old adults.

Unlike most campus-based Hillels in North America, Hillel Russia and other international Hillels are affiliated with cities, not colleges or universities. Applying a metropolitan mindset, these Hillels have adapted their programs to appeal to the community at large, not just the 18- to 22-year-old set.

It’s worth noting that many of these Hillel participants were raised as non-Jews. Some accidentally discovered their true ancestry when rummaging through old family papers. Others learned of their Jewish roots from distant relatives.

Margarita Skipina, public relations director at Hillel Russia, said widespread anti-Semitism in the former Soviet Union led many families to conceal their Jewish identities. As a result, many Russian Jews are just discovering and embracing their true heritage.

“It’s important to us that every young person explores their Jewish heritage – something previous generations couldn’t do in the USSR,” Skipina said. “We want every young Jew to become a part of the global Jewish community.”

Take Nikita Rotin, a 26-year-old from Moscow. When he turned 16, his father shared a startling piece of news: Rotin was Jewish.

Driven by confusion and intrigue, he spent the next few weeks poring over family documents – birth certificates, passports, letters. They reaffirmed his Jewish identity.

“I had no knowledge of Jewish traditions,” Rotin said. “I never celebrated a Jewish holiday. I didn’t feel a connection to my newfound Jewish identity. What was I supposed to do next?”

Nearly a decade later, he learned of a free, 10-day trip to Israel. Without hesitation, he applied for Taglit-Birthright Israel through Hillel Russia. Rotin explored the Jewish homeland last winter by hiking up the ancient fortress of Masada, learning about the history of the Holocaust at Yad Vashem and visiting the Western Wall in Jerusalem.

“I wasn’t religious before and I’m not religious now, but I know I want Judaism and Israel to play a significant role in my life and my family’s life,” Rotin said.

At Hillel Poland, which has affiliates in Warsaw and Krakow, about 70 percent of participants were raised without any knowledge of their Jewish background, said Magda Dorosz, executive director of Hillel Warsaw.

Dorosz can relate to those participants. She stumbled upon a tattered document almost 20-some years ago that belonged to her late grandfather, shedding light onto her own Jewish roots. Now, as a Hillel professional, she’s dedicated to helping 18- to 30-year-olds explore their newfound Jewish identities.

And as a community-based Hillel, unaffiliated with local universities, the staff is well-equipped to serve that age demographic.

“Our goal is to allow as many students and young adults as possible to find meaningful connection points to Jewish life,” she said.

Programs celebrating Shabbat and Jewish holidays attract the most participants, but other Hillel Warsaw programs are starting to garner the attention of students and adults alike, including Hebrew classes and movie nights.

In South America, Hillel Rio, Hillel Argentina and Hillel Uruguay serve Jewish participants between the ages of 18 and 30. Axel Skornik, who serves as director of Hillel Argentina, said Hillel programming doesn’t lose its relevancy after participants receive their degrees.

Like Hillel Russia and Hillel Poland, South American Hillels aren’t located on college campuses, allowing Hillel professionals to engage city-wide populations of young, Jewish adults. And because most of their participants still live at home with family, their Jewish needs differ greatly, he added.

“Although our Hillels do provide some religious programming, far more critical are the professional and social outlets that our Hillels provide,” Skornik said.

Students focused on career development and growth can become active in the Professional Club at Hillel Rio. Members attend lectures given by experienced professionals and participate in study groups related to their professional fields, such as architecture, medicine and entrepreneurship.