How one charity helped start a new chapter in Russia 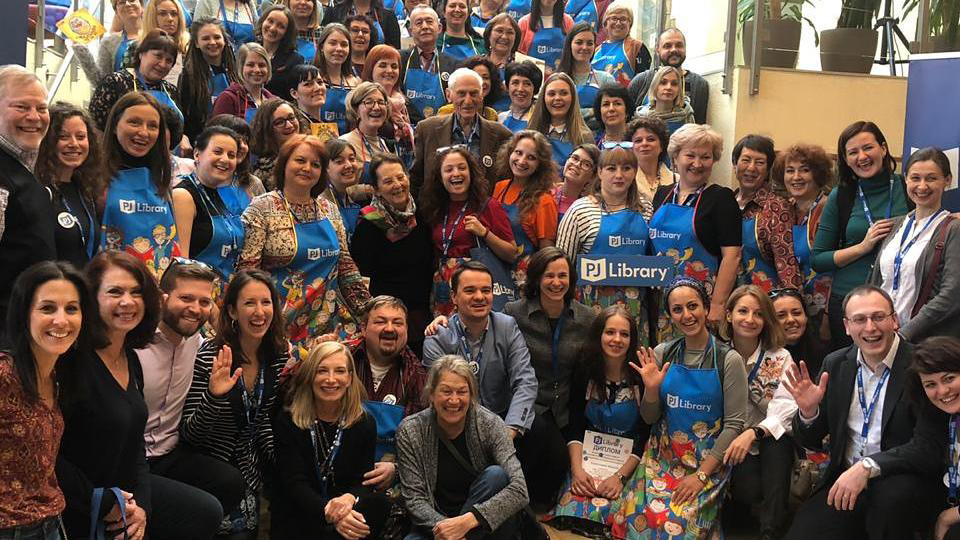 A delegation from the US-based Harold Grinspoon Foundation (HGF) has visited Kiev, Moscow and St Petersburg.

Every month, over 630,000 Jewish children in 21 countries receive books that the whole family can read together.

The visit marked PJ Library’s third anniversary in Russia and the programme’s launch in Ukraine.

The delegation was headed by the programme’s founder, 89-year-old American philanthropist Harold Grinspoon, and the Foundation’s president, Winnie Sandler Grinspoon. The delegation included the leadership of Genesis Philanthropy Group, JDC board members and donors from the US, Canada and Hong Kong.

HGF President Winnie Sandler Grinspoon said: “During our trip we met PJ Library parents, Jewish educators and leaders from across the former Soviet Union who cherish PJ Library books and educational materials. PJ Library in Russian is the largest PJ Library programme outside North America and Israel. We look forward to welcoming thousands of Jewish families in Ukraine to the PJ Library family”.

The programme was launched in Russia in December 2015, with support from its international partner, Genesis Philanthropy Group. It was also backed by the Joint Distribution Committee, the Russian Jewish Congress and several private donors.

The programme now sends books to 7,800 children in 60 regions. Eighty-six books with a total circulation of 170,000 copies have been published and given to families.

In April, the programme’s pilot phase started in Kiev, Odessa and Dnipro. Later, books will become available to Jewish families all over Ukraine. Apart from Genesis Philanthropy Group, the programme launch was supported by the Joint Distribution Committee, the Jewish Community Federation of Baltimore, the Gazin Family Fund and the Koum Family Foundation.

Ilia Salita, Genesis Philanthropy Group president and CEO, said: “As a global partner of PJ Library, Genesis Philanthropy Group is very glad that the library’s books can go to readers in Jewish families in Russia, and now also in Ukraine. It is very important to us, because through family reading, children can experience Jewish culture and our common heritage, regardless of where they live today”.

The conference gathered 120 educators from 45 Russian cities, as well as their colleagues from Ukraine and Moldova. The programme included presentations by 20 outstanding lecturers, educators, artists and other specialists.