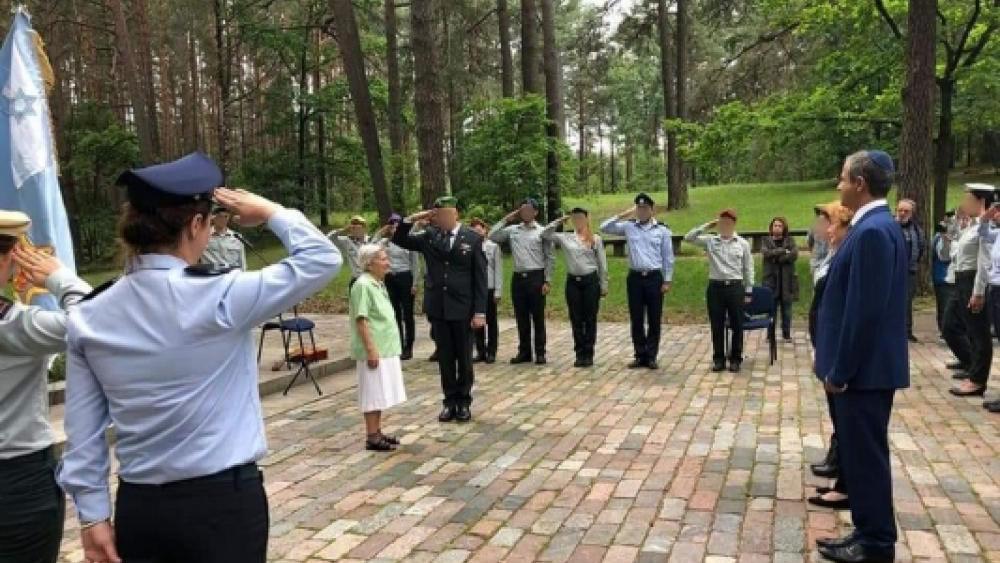 During the trip, the delegation visited Jewish history landmarks, honored the memory victims of the Holocaust at the concentration camps and met with the Jewish communities in the Baltic states.

The project, which aims to strengthen Jewish and Israeli identity of IDF commanders and increase their motivation to continue their service, provided participants with a seven day trip through Lithuania and Latvia.

Each year, MAHUT, a collaboration between the IDF Education Corps, Genesis Philanthropy Group and the American Friends of the IDF (FIDF), supports a delegation of IDF commanders to explore their Jewish background.

During the trip, the delegation visited Jewish history landmarks, honored the memory of the victims of the Holocaust at the concentration camps and met with the Jewish communities in the main cities of the Baltic states. The delegation comprises 38 participants, including officers ranking from captain to colonel and senior NCOs.

The delegation visits the FSU after being briefed on the history of the region and, upon their return, participants join or create various projects to encourage new immigrants and their children as well as populations with special needs to embrace meaningful service in the IDF.

Lt. Col. Hadar Harel, who is responsible for the delegation on behalf of the IDF, said that "the Education Corps sees MAHUT delegations as part of the educational activity for IDF officers, the purpose of which is to strengthen their sense of mission and their Jewish-Israeli identity.”

Natalie Shnaiderman, Director of Global Grantmaking at Genesis Philanthropy Group, explained that “direct contact with Jewish history and Jewish communities in the Diaspora are important tools in building the Jewish identity of the younger generation of Russian-speaking Jews in Israel, and we are proud of our partnership with the IDF in this unique project, which has proven itself over the years."