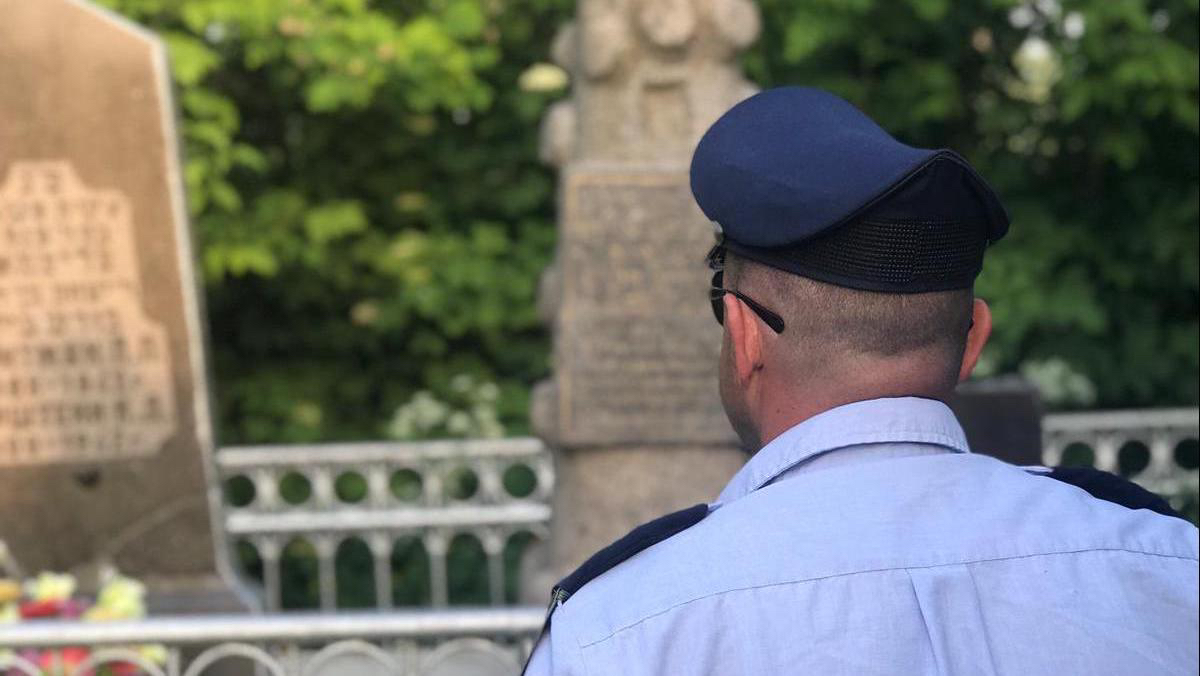 The week-long trip is part of the MAHUT Project, whose goal is to strengthen the Jewish and Israeli identities of IDF commanders and increase their motivation to continue their meaningful service.

Оn May 27th, an IDF delegation set out on a unique journey to the Ukraine – a country with both a glorious and tragic Jewish past.

The week-long trip is part of the MAHUT Project, whose goal is to strengthen the Jewish and Israeli identities of IDF commanders and increase their motivation to continue their meaningful service.

This is the ninth year in which MAHUT – a collaboration between the IDF Education & Youth Corps, Genesis Philanthropy Group and the American Friends of the IDF (FIDF) – has sent a delegation of IDF commanders from all IDF branches on this life-changing journey. The objectives of the project are to strengthen the Israeli and Jewish identities of IDF officers and NCOs and to enhance the bonds between IDF commanders and the Jewish people. Specifically, the project aims to expose the IDF's future leadership to the history and cultural heritage of Russian-speaking Jewry and the contemporary life of Russian-speaking Jewish communities in the Diaspora.

During the trip, the delegation will visit places that have become milestones of Jewish history, honor the memory of the victims of the Holocaust at the extermination sites and meet with members of Jewish communities in the main Ukrainian cities. The delegation numbers 42 participants, including officers ranking from captain to colonel as well as senior NCO’s.

The MAHUT project opens new horizons of knowledge of the Jewish world, history and heritage for the next generation of IDF commanders and provides them with experiences and resources to strengthen their sense of mission and Jewish identity. The project consists of two main elements:
A visit to the states of the former Soviet Union, following a thorough preliminary preparation.

After their return, participants join or create various projects to encourage new immigrants and their children as well as populations with special needs to embrace meaningful service in the IDF.

Lt. Col. Mika Goldstein, who is responsible for the delegation on behalf of the IDF, says that "MAHUT is a mission that the Education and Youth Corps sends as part of its educational and values training program, which focuses on Israeli-Jewish identity and cultural competence. This is a journey of learning – intellectual, academic and emotional. Officers who have taken part in MAHUT missions over the years say that the program provided them with the opportunity to learn, examine and shape their identities as commanders in the IDF."

Natalie Shnaiderman, Director of Global Grantmaking for Genesis Philanthropy Group, said, “We believe that direct contact with Jewish history and Jewish communities in the Diaspora is an important tool in building the Jewish identity of the younger generation of Russian-speaking Jews in Israel, and we are proud of our partnership with the IDF in this unique project, which has proven itself over the years."