In Moscow, a non-Jewish physicist recalls helping build the Soviet Union’s only yeshiva 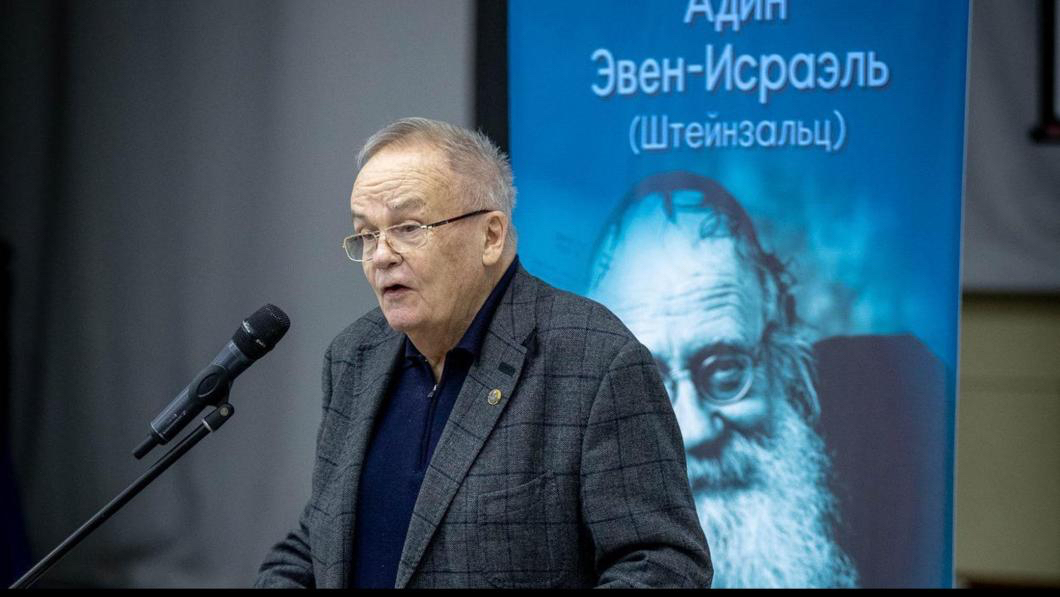 Russian Jews honored a nuclear physicist who during communism helped established the only official Jewish religious seminary to open in the former Soviet Union.

At last week’s Limmud FSU conference of Jewish learning in Moscow, Evgeny Velikhov for the first time recounted publicly his involvement in the 1989 opening of the Mekor Chaim Yeshiva while serving as deputy chairman of the Soviet Academy of Sciences.

Velikhov, who is not Jewish, met Adin Even-Israel Steinsaltz, an Israeli mathematician born to secular parents, at a conference in 1988. After being ordained as a rabbi, Steinsaltz became one of the world’s most prominent scholars and interpreters of Jewish texts.

The two men developed a close friendship, Velikhov told the 2,000 participants at the Limmud event. He agreed to ask then-Russian leader Mikhail Gorbachev to facilitate Steinsaltz’s effort to open a yeshiva in Moscow.

Steinsaltz arrived in Moscow in 1988 as the declining Soviet Union was relaxing its decades-long hostile policy toward religion in general and Judaism specifically.

Russian Chief Rabbi Berel Lazar also spoke at the event, which featured an exhibition celebrating the yeshiva’s 30th anniversary and honoring Steinsaltz, who is 81 years old and living in Jerusalem.

Steinsaltz was the first person “to open the door to the world of Jewish learning” in Russia, Lazar said.