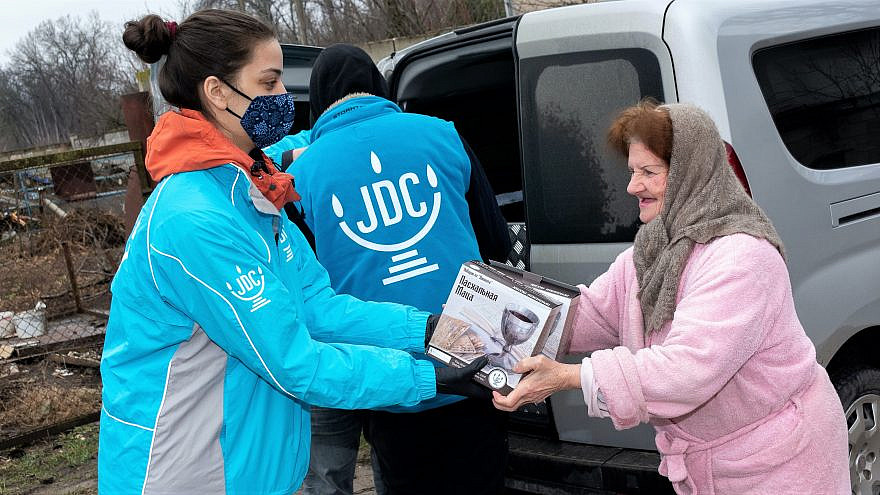 Homebound elderly Jews in the former Soviet Union will be able to participate in holiday activities via specially outfitted smartphones.

The American Jewish Joint Distribution Committee (JDC), is reaching widening global audiences this Passover with hundreds of online events, holiday content and its century-old tradition of delivering matzah to Jews in need.

While in-person activities are taking place in some global communities, those still facing COVID-19 regulations and lockdowns are seeking connection in growing numbers. They can access JDC virtual seders, educational programs, cooking classes and digital materials to help bring the Passover experience home.

Among them, homebound elderly Jews in the former Soviet Union will be able to participate in holiday activities through specially outfitted smartphones.

“At the heart of the Passover story is the timeless value of freedom,” said JDC CEO Ariel Zwang. “We’re deploying innovative tools to ensure thousands of Jews still facing pandemic restrictions can transcend them to celebrate Passover on virtual platforms, providing meaning and community connection at a time when it’s needed most.”

In keeping with its nearly three-decade tradition, more than 30,000 boxes of matzah will be delivered by volunteers to the Jewish elderly in the former Soviet Union so they will be able to share in Passover celebrations during this second year of the coronavirus pandemic. This effort is supported by JDC’s partnerships with the Claims Conference, Jewish Federations and the International Fellowship of Christians and Jews.

Notably, in Morocco, which signed a normalization agreement with Israel earlier this year as part of the Abraham Accords, children’s programming includes virtual teachings of the Haggadah; Passover song seminars sharing both traditional and Moroccan tunes; and a seder-plate preparation class.

In the former Soviet Union, the deployment of hundreds of local Jewish volunteers through JDC’s 57 volunteer centers in Belarus, Ukraine, Moldova and other locations are delivering Passover holiday packages to poor, homebound Jewish seniors, carried out in partnership with the Genesis Philanthropy Group. Other activities include a model teen seder in the Kyiv region, Ukraine, teaching youth how to conduct and lead a seder, while an online culinary class on matzah-making in Moscow will stream over Zoom and YouTube.