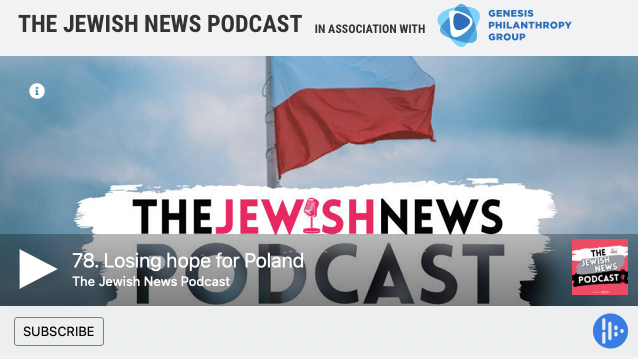 n the week Poland fired Jaroslaw Marek Nowak, its envoy to the Jewish community, for comments he made in a Jewish News interview, Michael Daventry explores the reasons behind his dismissal, his achievements during his six months in the role and the prospects for the future. With Polish journalist Karol Darmoros, Sebastian Rejak from the American Jewish Committee and Baroness Ruth Deech.

In Association with Genesis Philanthopy Group.