LIMMUD FSU COMBINES THE PAST WITH THE PRESENT 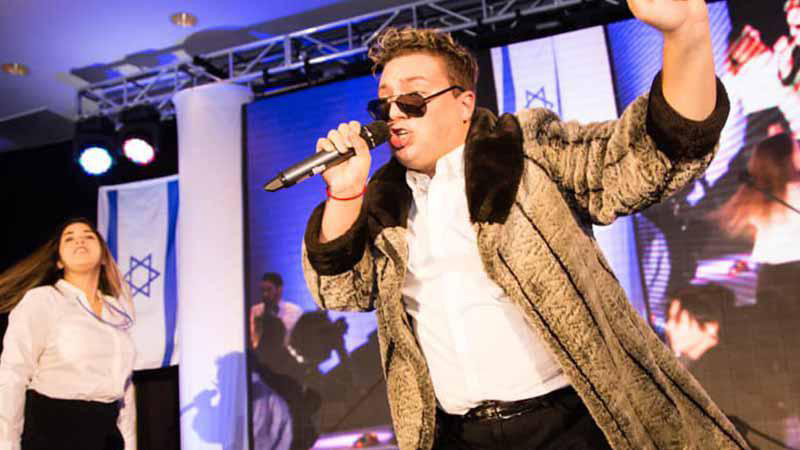 Around 550 people of all ages attended this year’s Limmud FSU weekend conference Nov. 9-11 at the Blue Mountain Resort outside of Collingwood, Ont.

“It’s great to see when you have three or four different generations coming to learn together,” said Matthew Bronfman, the chair of the Limmud FSU International Steering Committee. “Just to see the smiles on the peoples’ faces as you wander the hall, and talk to them during the meals, to see how much they’re enjoying the conference, how excited they are — that’s what gives us energy to continue our work.”

Among the many notable speakers were the Consul General of Israel to Toronto and Western Canada Galit Baram, who spoke about “Israel’s Soft Diplomacy” and Russian journalist Yelena Khanga, who gave several lectures about the inside world of Russian television as well as a story about her family.

Since the theme of this year’s conference was “Israel at 70,” many of the lectures were focused on celebrating Israeli achievements while also discussing contemporary issues. These included Rami Sherman, a former IDF commando officer, who spoke about his experience in Operation Entebbe, and Yifat Bear Miller, who spoke about the 70 years of women’s service in the IDF.

“We wanted to create an atmosphere of celebration, appreciation, and I think most of all, of us belonging to Israel, that Israel is our homeland,” said Mila Voihanski, the executive director of Limmud FSU Canada. “I think the message was loud and clear.”

Voihanski said the team at Limmud FSU Canada is working hard with their partners to plan more frequent, smaller events in order to keep the community engaged throughout the year. She is also hoping to spread Limmud FSU to other parts of Canada, but said that for that to happen, support from the local communities is crucial. Funding has also been a problem this year, which restricted them in some aspects of the planning process.

Eitan Dudnick, this year’s conference chair, has been involved in Limmud FSU for many years as the head of finance and logistics.

“It was a transition from doing specific things in logistics to leading the organization in different directions, and leading other chairs and discussing with them,” said Dudnick. “It was obviously challenging but it was very interesting and I could really see my impact as directing the conference to what I wanted.”

As a volunteer, Dudnick and many others have spent a great deal of time organizing the conference, despite the fact that many of them have full-time jobs and children. Nevertheless, he believes that having initiatives for the Russian-speaking Jews is crucial in order to build and unite the community. From Jewski, to Jewish and Modern (JAM), J. Projects and JDY, the amount of initiatives for Soviet Jews only seem to be growing, and much of it has to do with the amount of support and interest from the community.

“When I came here in 2005, there was nothing — there was no Jewski, no JAM, obviously no Limmud,” said Dudnick. “When I was a student in university, I didn’t feel there was any organization that I felt was answering my needs.”

The evening gala included performances by the JDY theatre, a comedy set by New York comedian Ben Rosenfeld, and a concert by Jumple who performed popular Russian songs. As part of the “Israel at 70” theme, there was a video that showed Israel’s achievements. There were also Israeli performers present and Hebrew songs were sung.

One of the main goals of the Limmud FSU conferences is to bring the Russian-speaking Jewish community together, and encourage people to get involved.

“I think one of the biggest achievements of Limmud FSU is that people don’t just come for the conference,” said Voihanski. “It leads them to get engaged with other things, and take on other initiatives.”

Limmud FSU Canada is sponsored by the Genesis Philanthropy Group, the UJA Federation of Greater Toronto, and many more organizations.