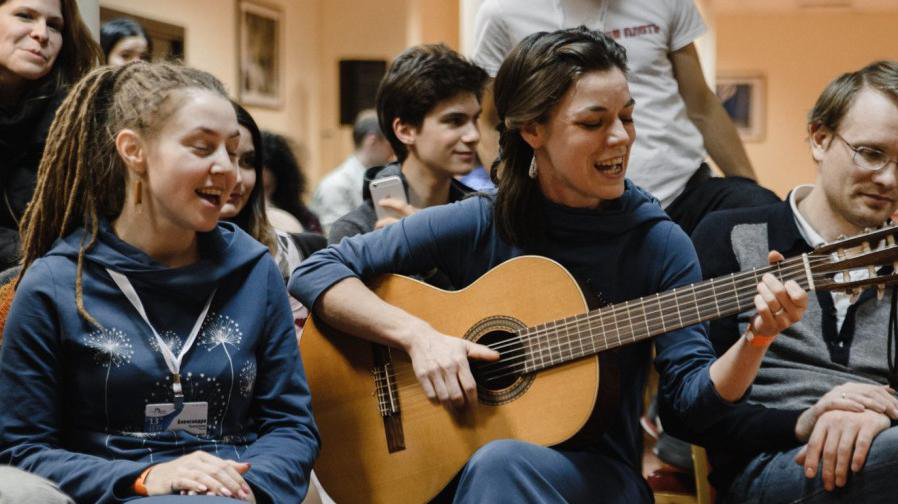 Some 2,200 people thirsty to learn about their Jewish heritage, including many not considered Jewish according to the Rabbinate, attended last weekend’s Limmud FSU conference in Moscow. The array of lectures, panels, performances and a children’s program aimed to reconnect Jews from the former Soviet Union with their culture largely destroyed in the USSR.

The conference held an exhibition marking the 30th anniversary of the founding of Moscow’s Torat Chaim Yeshiva by Rabbi Adin Steinsaltz – the same seminary that was torched in an arson attack on Friday night. Keynote speakers included Russia’s chief rabbi, Berel Lazar, who reminded the audience that Steinsaltz was the first person to make Jewish studies accessible to any Jew in Russia.

Touching on Israel’s April 9 elections, Lazar said he was happy with the results and would work to continue the good relationship between Prime Minister Benjamin Netanyahu and Russian President Vladimir Putin.

“It’s truly unbelievable that we reached our 13th milestone in Moscow, the very place where Limmud FSU was born,” said Chesler.

“We’re honored to continue serving an important part in the life of the local Jewish community.”

The most interesting moments arguably took place between the lectures, in the lobby of the complex rented by the organization, or during meals, served in the huge dining room by a battalion of Russian waiters who didn’t understand why milk couldn’t be served at a lunch that included meat.

One of the participants was a lawyer in his 30s named Nikolay, a completely secular Jew who did not intend to celebrate Passover unless a Jewish friend invited him over.

When asked why he decided to attend the conference, he replied, “I know I am Jewish, so I am interested to hear more.”

A woman from Germany named Diana explained that she “cannot meet any Jews my age [where I live],” and decided to come to the conference. Yana Agmon – regional director of the Nativ organization in Russia and Belarus, which works to encourage immigration to Israel – said that Jews need to preserve their identity by means of communal study. For Russian Jews, this is important since many of them are almost completely severed from that identity after decades of communist rule.

At Limmud, apart from eating the kosher meals, there was no compulsion to observe any religious rituals. Religious services were conducted with Orthodox and secular Jews side by side, with no tension.

“This is my fifth time at Limmud FSU in Moscow, and I can definitely say that it is getting better and better each year,” commented Inga Kagan.

“Amazing energy, atmosphere and so much high-quality content to choose from. I just love it.”

Supporters of the event included the Genesis Philanthropy Group (GPG), Nativ, the Claims Conference, the Euro-Asian Jewish Congress and the American Jewish Joint Distribution Committee. In the best tradition of Limmud, the event was made possible by its team of local leaders and volunteers, led by the executive director of Limmud FSU Roman Kogan and the project manager Elena Zakharova, and volunteers Mikhail Libkin, Alexandra Livergant, Alexander Piatigorskiy and Anna Tseplyaeva.