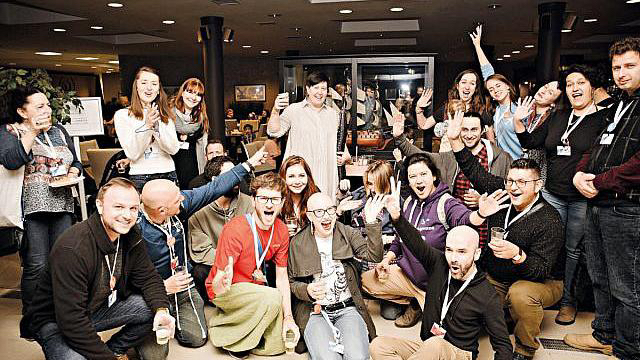 A record 2,100 participants enjoyed more than 350 lectures, panels and a children’s programme.

Limmud FSU – the education festival for Jews of the former Soviet Union – celebrated its barmitzvah year in style with a record 2,100 participants enjoying more than 350 lectures, panels and a children’s programme.

A special event took place on the first night of the conference, to honour the legendary rabbi and scholar Adin Steinsaltz, 81, who took part in the first Limmud FSU. He is noted for having opened the first officially recognised yeshiva in Soviet Russia back in 1989.

He told the Limmud audience: “It was a place where one could always be assured of an interesting lesson or the possibility of spending Shabbat. For me, the first yeshiva in Russia was for me a real home.”

At his session about the phenomenon of Russian-speaking Jewry, Ilia Salita shared GPG’s observations of Russian-speaking Jewish communities around the world. He described major trends and surprises in resettlement stories of Jewish immigrants from the Soviet Union and discussed GPG’s vision on what the future holds for this important population.

Participant Inna Kagan said: “This is my fifth time at Limmud FSU, and I can definitely say that it just keeps getting better and better. Amazing energy, atmosphere, and so many high-quality lectures that makes it almost impossible to choose. I just love it.”

The co-founder of Limmud FSU, Chaim Chesler said: “It’s truly unbelievable that we reached our 13th milestone in Moscow, the very place where Limmud FSU was born, and we’re honoured to continue serving an important part in the life of the local Jewish community.”