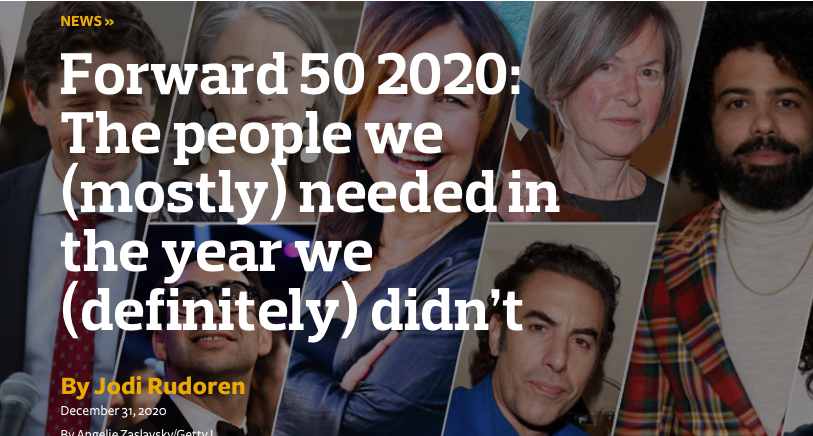 Let me be the last to say it: This was the year of reinvention, redefinition — of distilling things to their essence and letting go of what we discovered we did not need. And so I bring you the slimmed-down Forward 50 list of the year’s most [TK] American Jews.

We used to say, “most influential,” a phrase that seemed encouragingly flexible but in fact was quite fraught. The dictionary definition of “influence” would leave us the same list year in and year out, and there is the inevitable debate over how to acknowledge those whose influence was profoundly negative. “Influencer” has become a whole different thing.

I decided to skip the adjective this year. “TK” is the placeholder journalists use for a fact or phrase they still need to find. It stands for “to come,” and gets replaced before publication with that essential fact or perfect phrase. I’m leaving it here — “stet,” in old journalistic parlance, or “let it stand” — because I can’t quite come up with the right word to describe this list. It’s been a TK kind of year, and who knows what’s TK in 2021.

This is a list of 50 American Jews who did remarkable things in this remarkable year; people we (mostly) needed in a year we very much did not. Some are household names, familiar from Forward headlines — not all for good reasons — and some are people you’ve probably not heard about before. Eleven of the 50 were nominated by you, our readers. The rest, and much of the commentary, comes from our incredible Forward staff.

A handful have been on our list before, but we just had to include them anyway, like Rabbi Angela Buchdahl, whose high-holiday sermon about race and Judaism should be seen in years to come as an important primary source, and the rapper Daveed Diggs, whose “Puppy for Hanukkah” video might just be the same.

Another handful were only left off because they are affiliated with the Forward, like Tema Smith, our contributing columnist, or because they are not American — Tema, again; her fellow Canadians, Eugene and Dan Levy, the father-and-son team who brought us the Emmy-sweeping “Schitt’s Creek” in this year when television took on outsized importance; Tal Zaks, the Israeli chief medical officer of Moderna, and Albert Bourla, the Greek CEO of Pfizer.

(Following Forward tradition, I offer one of these non-Americans as honorary No,. 51: Bibi Shapiro, the 6-year-old from Perth, Australia, whose soulful rendition of “Avinu Malkeinu” went viral, reminding us, again, about Jewish diversity and also Jewish joy.)

The list this year is also just a list — we did not commission 50 profiles, we did not interview our 50 about their heroes or what they eat for breakfast. We are, instead, inviting them to join me for a series of moderated “Zoomversations” in early 2021 to explore both big questions facing our communities and small ones about their lives. Sign up here to join the first one on Jan. 12.

I decided not to decide even on a meaningful order for our TK list. Here it is, alphabetically — by first name. Because it’s been that kind of year.

When the CEO of the Genesis Philanthropy Group died of cancer in June, Yudborovsky, 39, was elevated to the top role, making her one of the very few women and perhaps the only millennial to head a major Jewish foundation.

The reader who nominated her, Justin Hayet — a former co-worker — called her a “female powerhouse.” 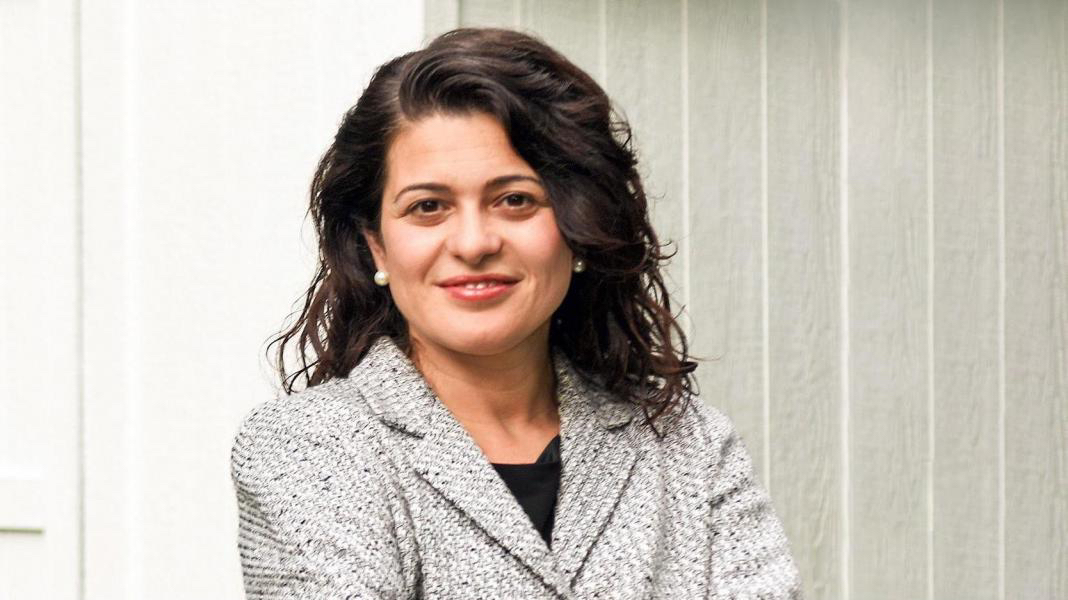