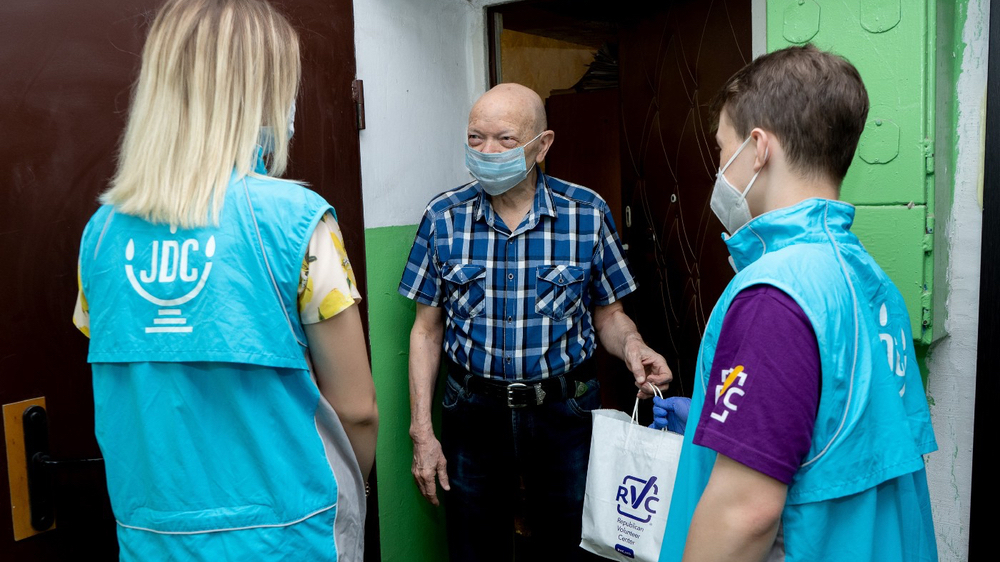 This Saturday is International Volunteer Day, a time to celebrate the millions of people worldwide who selflessly give of their time to aid others in need.

This occasion is particularly powerful for me because I grew up in the shadow of a society that was suspicious of such acts and punished those who engaged in them.

My home country of Moldova was once part of the Soviet Union. For seven decades, the Communists castigated good doers and repressed organized acts of volunteer service. This legacy, as well as alienation from religious practice, was pervasive given the state’s far reach into its citizen’s personal lives.

This was the culture my parents and grandparents were born into and they never thought there could be another way. Since my birth 19 years ago, and certainly in the 30 years since the Soviet regime collapsed, things have changed.

Today there’s growing civic engagement driven by volunteerism and a freely expressed desire to help the most vulnerable among us. Local governments support these efforts and even recognize volunteers with public honors.

Similarly, there is an embrace of religious identity. This is most recognizable in the Jewish community of the region. With its deep and abiding history, it has been miraculously rebuilt after its near annihilation during the Holocaust and Soviet times.

These accomplishments are the product of decades of hard work and would not be possible without the contributions of philanthropic leaders, clergy, and NGOs eager to reestablish that which was almost lost to history.

I had my first taste of this as a child. I came from a typical Soviet Jewish family, which means we never talked about our identity or what my grandparents lived through during WWII. Pride in being Jewish only emerged at the Jewish school and community center established after the Soviet Union’s fall.

During those years I was fascinated by Jewish history and traditions and found peers with my shared passion at Active Jewish Teens (AJT), a young adult network nurturing Jewish engagement among thousands of teens in post-Soviet nations. Created by the American Jewish Joint Distribution Committee (JDC) — and powered by a founding partnership with BBYO and partnerships with Genesis Philanthropy Group and other supporters — AJT was where I learned about enduring Jewish values like tzedakah, the tenet of giving back.

This was something my family had long modeled, but never named as such, and it was clearly an inheritance I was compelled to explore. So I joined the local JDC-founded volunteer center and participated in initiatives bettering the lives of the poor and children with special needs.
This work ignited my passion for changing the world. I wanted to enlist others in this effort and so I did, ensuring that many of my friends added “volunteer” to their vocabulary.

The pandemic gave new urgency to these once forbidden freedoms we now embraced. As soon as the COVID-19-related state of emergency was declared in Moldova, everyone felt powerless. This was especially so for the elderly, who could not leave home to get basic necessities.
Seniors in this part of the world are already especially vulnerable, living on very meager pensions as little as $2 a day, often alone, and suffering from serious health issues. Those I am most familiar with are Jewish elderly, many of them Holocaust survivors.

Outside of fears for their health, they also suffer from desperate loneliness. In many ways, it felt like there was no one they could count on. So I had an idea: My family and I would cook for several seniors in lockdown.

My family has owned a cafe for 22 years. It’s a small and cozy neighborhood place that’s perfect for getting together with family or friends for a warming meal. It was clear that the older generation would now need this kind of human connection and care.
So I called the director of the local volunteer center and we put together a team who would help implement my idea. My mother and I, along with our chefs, did the cooking and my father purchased the needed groceries.

The meals we cooked — a mixture of grains, vegetables, meat, and fish — were simple, but filling. Volunteers organized the logistics with the local Hesed, the Jewish social service center that aids hundreds of elderly, and we delivered the meals.
Image for post

What began as an effort to supply seniors with a hot meal once a week has grown to three meals a week with support from other restaurants and a supermarket who joined us in common cause. Now that the second phase of the pandemic has set in, there is a tested model in place and volunteers ready to deploy.

We didn’t do this work for praise or an outsized sense of self. The smiles and gratitude of those elderly were more than enough. So was the certain knowledge that we bent the arc of history toward the kind of caring society needed for generations to come.

By Katya Rybak, a native of Moldova, is currently a university student.