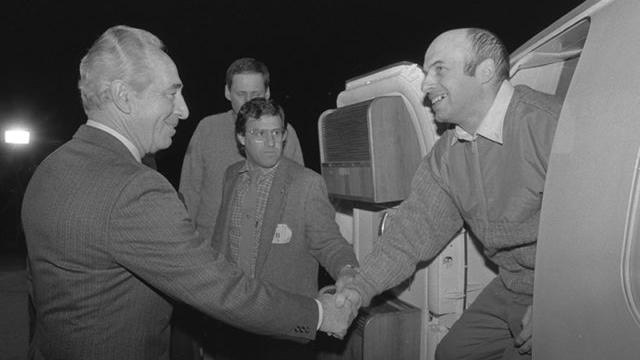 There are few people who can inspire others throughout their entire lives, and who have influenced entire generations.

Natan Sharansky is one of them. As the Jewish Agency prepares to celebrate Sharansky, who served as the chairman of the organization for nine years, on March 7 in New York City, I am inspired to share how he has impacted my life.

My parents made aliyah from Leningrad, in the former Soviet Union, and as the first Israeli-born generation in our family, my brother and I still carry the struggles of immigration and assimilation in Israel’s modern society. I was brought up listening to stories about opposition to the Soviet regime, the bravery of the refuseniks and pride of our Jewish heritage. Sharansky’s name was always mentioned in association with these stories. While still living in the U.S.S.R. and being under the watchful eye of the KGB, my father donated money to the effort to release Sharansky from his imprisonment in a gulag.

After his release and subsequent immigration to Israel, Sharansky got into politics and inspired practically every Russian-speaking immigrant in Israel. Sharansky made sure that the voice of my parents’ generation, and the entire Russian-speaking community, was heard loud and clear. His political achievements – for Russian speakers and native Israelis alike – symbolize the success of diverse and tolerant debate, and the ability to influence society regardless of your ethnicity, or your political or religious affiliation. For many young people such as myself, Sharansky is the embodiment of integrity, perseverance and inclusiveness.

Many years later, I was presented with the opportunity to work with the Russian-speaking Jewish community in Toronto. Through the Jewish Agency’s emissary program, I got to reconnect with the values my parents grew up with. Though the life of Jews in Toronto bears no resemblance to the oppressive regime in the Soviet Union, Jews in the Diaspora are still facing similar challenges, such as how to maintain our unique culture and our relationship with the State of Israel.

The Jewish Agency emissaries – there are more than 2,000 throughout the Diaspora – are a group of carefully selected young Israelis who are sent to serve as the “face of Israel” in Jewish communities around the world. They are a powerful tool to reconnect many of our peers in the Diaspora to Israel. At every Jewish Agency conference, I am fortunate to hear the stories of my fellow emissaries – the unique experiences and world views that make up the Israeli mosaic of cultures.

Many Russian Jews, myself included, look for inspiration from the heroes and leaders of the 20th century, and we admire our parents and public figures, such as Sharansky, as they have endured persecution, anti-Semitism and existential threats. Many of the children and young adults that I work with are at a crossroads – they were born in Israel, they speak both Hebrew and Russian, but they have lived in Canada for some time and are being engaged in a wide range of Jewish initiatives. In my work, I often refer to Sharansky’s story and the inspiring work that the Jewish Agency does around the world, as an example of how all those different elements can coexist.

This past year has been full of challenges for the Israel-Diaspora relationship. I am proud to be a part of the Jewish Agency, an organization that is building bridges between those two communities and is establishing a culture of tolerance. Through philanthropic work, continued investment in education and dialogue, unique experiences for young adults in Israel (such as Birthright and Masa) and abroad, the Shinshinim young Israeli ambassadors program and the work of the emissaries, the Jewish Agency is building a better future for Jewish communities worldwide.

Dan Guterman is The Jewish Agency for Israel’s shaliach (emissary) to J. Projects, Schwartz/Reisman Centre (in partnership with the UJA Federation of Greater Toronto and the Genesis Philanthropy Group). He works with Russian-speaking families, teens and young adults in the Greater Toronto Area.