Necessity is the mother of online invention 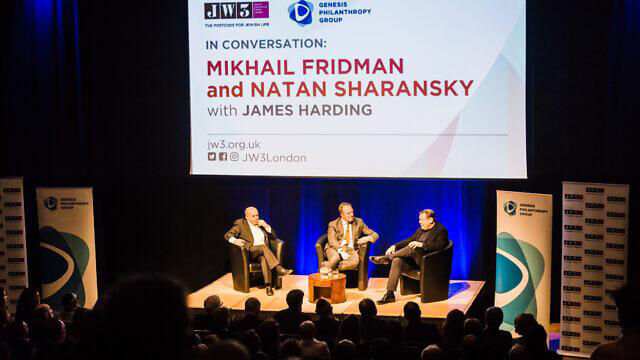 There was one joyful exception to the “no bar mitzvah” ruling this week, when Naftali Arden, whose family are members of the Borehamwood and Elstree Synagogue in north London...

had his bar mitzvah streamed online, with the aid of the congregation’s rabbi, Alex Chapper.

Naftali’s mother, Tania, said the family decided on March 13 “to cancel the party and the family meals we’d planned,” even prior to the announced closure of the synagogue. A member of the Borehamwood Synagogue board approached Tania to ask if her son would like to read his Haftarah (readings from the Prophets) online. Tania and her husband Leigh thought the experience might make up for the cancellation.

“I had no concept of the tech that went into making it work and how meaningful and special it would end up being,” she said. But hundreds of people — including family members who had been due to come from abroad — viewed the video. The Ardens now hope that Naftali will be able to read from the Torah at his sister’s planned bat mitzvah, in February 2021.

Other synagogue groupings such as the Masorti (Conservative) Judaism movement, the Sephardi synagogues, and the Reform and Liberal movements have also closed their synagogue doors.

Though regretting the necessity to close synagogue buildings, Rabbi Jonathan Wittenberg, senior rabbi of British Masorti Judaism, said, “We are lucky to live in a time where technology can help us. People may not be gathering physically, but they are gathering in spirit, asking what can they do to help.”

The offers of help, he said, were not just being extended by Jews to the Jewish community, but from Jews to other faiths. “I’m very hesitant to predict where this might leave us, although I do think it will help us to learn about being humble,” said Wittenberg. “It’s my intention to be in touch with other communities and other faiths, to express solidarity with them.”

And Manchester traders were among a group of kosher food importers who have made a video clip to assure those forced to stay in the UK for Passover that there were more than sufficient food supplies.

Marching to a new tune

School closures have led to new thinking, too, from an unexpected source — the Jewish Lads and Girls Brigade, or JLGB, a youth movement often joined by young people who enjoy playing marching band music. Neil Martin, its CEO, announced a new daily program for those stuck at home, with the input of adult volunteers.

He said JLGB, which is a registered charity, had received offers of help from professionals, performers, and celebrities. “Sessions will include learning magic tricks, Duke of Edinburgh’s Award training, such as first aid and map reading, alongside sessions on photo editing, app design, coding, and mindfulness,” Martin said.

Speakers include rabbis, communal leaders, industry experts, soccer players, puppeteers, and “a couple of celebrities.” Martin said it was open to “any young person or parent who has a skill to offer, or who may be a known figure, stuck at home climbing the walls — please consider giving us half an hour to teach life skills and inspire thousands of children.”

Adults’ cultural Jewish life has taken a hit, too, with well-used places such as the Ben Uri Art Gallery, the Jewish Museum, and the five-year-old JW3, the Jewish Community Centre for London, all closing their doors.

JW3 is a particular blow because it had become the “go-to” building for almost every communal endeavor, from political hustings for the next London mayor to every type of arts event, including hosting parts of the wildly popular UK Jewish Film Festival, the Israeli Film Festival, and some sessions for the just-concluded Jewish Book Week.

Organized communal life has been relatively quick to respond to the coronavirus emergency, with both the Board of Deputies and the Jewish Leadership Council holding meetings to decide how to coordinate volunteer initiatives. The Board has produced a “Can I Help” card offering aid to people who are self-isolating, which is coordinated by Deputies staffer Lauren Keiles.

Board president Marie van der Zyl said, “We are facing an unprecedented time of crisis… we all need to dig deep and play our part.”