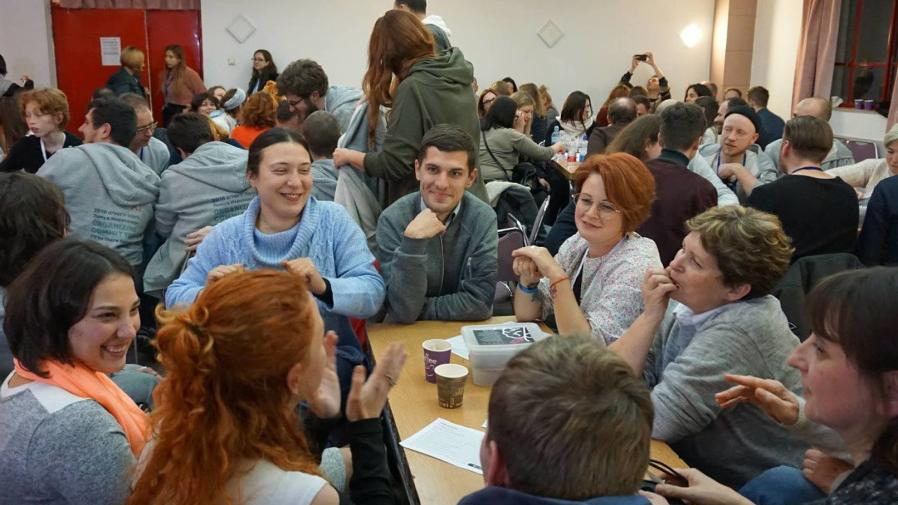 "We are delighted to be holding the festival once again in Jerusalem."

More than 1,00 young Russian-speaking Jews from the former Soviet Union participated in the annual festival in Jerusalem organized by the international educational organization Limmud FSU.

The program, run entirely by volunteers, attracted participants mostly between the ages of 20 and 40. It offered more than 180 lectures, workshops, master classes and presentations on a vast range of subjects.

“We are delighted to be holding the festival once again in Jerusalem," said the founder of Limmud FSU Chaim Chesler.

"And to continue the successful Limmud model, together with over 1,000 young people, our indefatigable body of volunteers, leading public figures and entrepreneurs, and with respected lecturers and teachers on a wide variety of topics of Jewish interest,” said Chesler.

“Every Jew throughout his lifetime encounters many different aspects of science with different theories that, at some point in human development, are overturned, although at the time when they first evolve, they were thought to be true," said Michael Mirashvilli, President of the Euro-Asian Jewish Congress.

"Our people has a unique and eternal knowledge, the Torah, which contrary to other forms of knowledge has remained true for hundreds of years. The Torah is the basis for our existence and is the essence of our life,” added Mirashvilli.