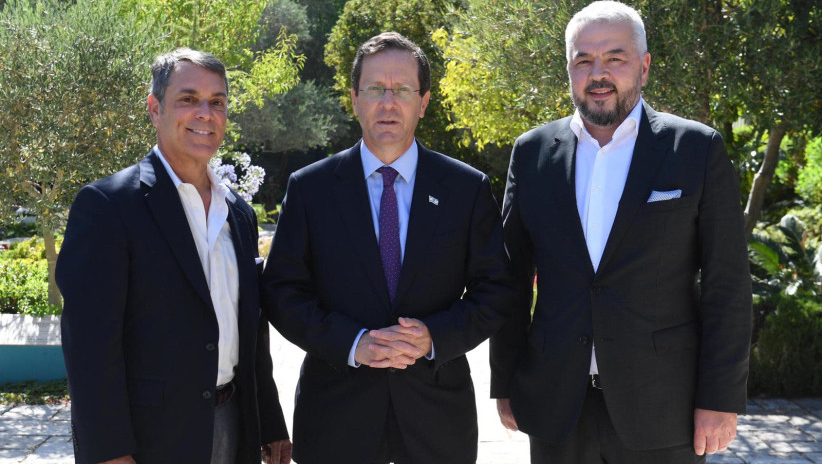 President Herzog is now interested in promoting the Our Common Destiny project as part of his mission to strengthen unity in Jewish and Israeli society.

President Yitzhak Herzog recently met with the members of Our Common Destiny project, CEO Sandy Cardin and Senior Advisor to Genesis Philanthropy Group (GPG) Chairman of the Board Dmitry Dikman, as part of the efforts to promote the project, which aims to strengthen dialogue between Diaspora Jewry and Jews living in Israel.

Our Common Destiny is a joint initiative of the Genesis Philanthropy Group, the Ministry of Diaspora Affairs, and the State of Israel, under the auspices of the President of Israel, which was launched a year and a half ago by President Rivlin. The project recently completed its first phase, with the inauguration of the 'Our Common Destiny' Declaration, signed by Prime Minister Naftali Bennett, Defense Minister Benny Gantz, and opposition leader and former Prime Minister Benjamin Netanyahu.

President Herzog is now interested in promoting the project as part of his mission to strengthen unity in Jewish and Israeli society.