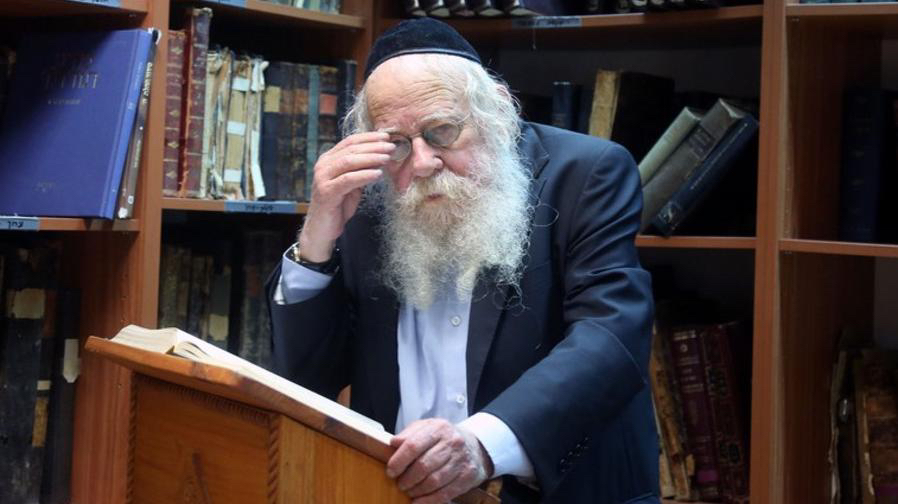 Thirty years later, about 2,000 people honored the now 81-year-old spiritual mentor at a special event on Friday during the Limmud FSU festival in Moscow.

Known for his Steinsaltz Talmud, the Jerusalem-born scholar took a risk opening an institute of Jewish learning in the waning days of the Soviet Union. His Jewish educational center was the first to receive official recognition from the Russian authorities, still under Communism at the time.

Among those who attended the ceremony was Jerusalem Affairs and Environmental Protection Minister Ze’ev Elkin, who was born in Kharkiv, Ukraine, and attended Steinsaltz’s classes. “For me this is an event of deep emotion,” said Elkin, who immigrated to Israel in 1990.

“I was familiar with Rabbi Steinsaltz through his books at the beginning of my own entry into the world of Jewish learning, even before I arrived at the yeshiva. I was not myself from Moscow but each time I visited the city in the years 1989 and 1990, I would visit the yeshiva,” Elkin said.

“It was a place where one could always be assured of an interesting lesson or the possibility of spending Shabbat. For me, the first yeshiva in Russia was for me a real home,” he added.

Also in attendance was Rabbi Berel Lazar, chief rabbi of Russia, who said he still remembers the yeshiva’s inauguration.

The Limmud conferences promote Jewish education in the United Kingdom, Russia and other locations around the world. The Steinsaltz Center in Jerusalem holds classes and other educational activities and is run by the rabbi’s son, Meni Even-Israel.

Steinsaltz is the author of numerous books on Jewish topics, for both advanced students and for those with only a basic knowledge. In 1988 he received the prestigious Israel Prize.