Russian exhibition commemorating Holocaust victims to be shown in London 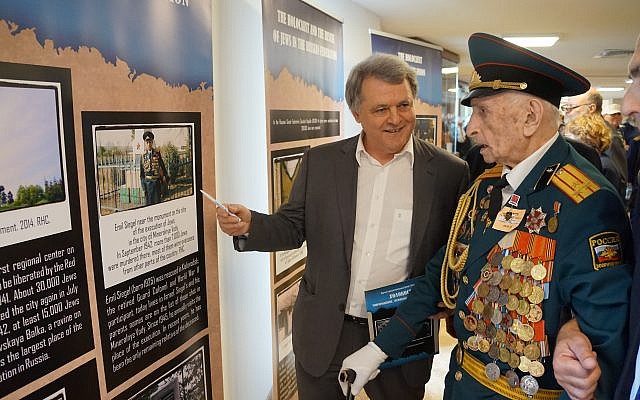 Exhibit focuses on the liberation of Auschwitz in January 1945 by the Red Army and the Soviet doctors who saved the remaining prisoners.

A Russian exhibition commemorating victims of the Holocaust is to go on show in London.

The exhibition features more than 80 documents and photos from the archives and museums of various countries, as well as several unique exhibits — among them a letter by Anne Frank’s father, Otto, about being “saved by the Russians”. The show, called The Holocaust: Annihilation, Liberation, Rescue will run on April 25-28 at Queen Mary College, University of London, and then go on display at the UK office of Rossotrudnichestvo.

The exhibition focuses on the liberation of Auschwitz in January 1945 by the Red Army and the Soviet doctors who saved the remaining prisoners in the camp. Special attention is devoted to the post-war lives of the liberators and the prisoners, based on their personal documents, many of which were found by Russian schoolchildren and teachers during the Liberators project.

Visitors will also see excerpts from books by Italian writer Primo Levi about his liberation from Auschwitz.

The project was initiated by Ilya Altman, co-chairman of the Russian Research and Educational Holocaust Centre and professor of history at Russian State University for the Humanities. He told the news agency TASS that this was the first in-depth look at Holocaust history on the occupied territories of the Russian Soviet Republic and at the Red Army’s role in saving European Jews.

Mr Altman said he hoped that “displaying the exhibition in England will give us and our British colleagues a chance to discuss historical details and ways to memorialise the feat of the liberators.

“In the UK we plan to add several displays: one about the liberation of British prisoners from an Auschwitz prisoner-of-war facility and another about Clementine Churchill visiting a wounded Jewish officer at a hospital during her trip to the USSR”.

Organisers said they had been in touch with Eva Schloss, Otto Frank’s stepdaughter, who was liberated from Auschwitz with her mother. She lives in London and owns a uniform shirt given to her by one of the Red Army liberators. It was hoped that the shirt would go on display in the London show.

The exhibition has already been displayed at the UN, the Council of Europe, UNESCO, Berlin City Hall and the parliaments of Russia, Czech Republic, Argentina, Uruguay and Israel.