Russian Jews and Their Impact on Israel 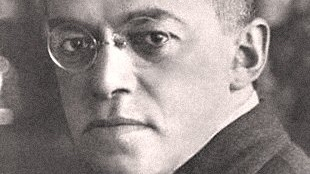 “Seventy Russian-Speaking Jews Who Shaped Israel” is a new educational initiative highlighting the best-known pioneers who shaped modern Zionism and the State of Israel.

Funded by the Genesis Philanthropy Group (GPG) in cooperation with The Jerusalem Post, the project’s website tells the stories of 70 Russian-speaking Jews who made extraordinary contributions to the creation of the modern State of Israel, including leaders in politics, the military, artists, science and literature.

“The Genesis project was launched more than 10 years ago, with the mission of strengthening the Jewish identity of Russian-speaking Jews around the world,” says Ilia Salita, president and CEO of GPG. “Russian-speaking Jews have contributed a great deal to the world and helped shape the course of world history for the better. But, without a shared sense of pride, it is hard for future generations to connect to their heritage,” he said.

Centuries of antisemitism and 70 years of communism took a hard toll on Russian Jews and their connection to Judaism. These hardships forced many in the community to hold on tighter to their Jewish identity in the face of persecution. “If the world around you doesn’t let you forget that you are Jewish, then there is perhaps no stronger and more immutable force driving your Jewish identity,” Salita says.

Since 1990, more than 1.2 million Russian-speaking Jews have made aliyah (come up) to Israel. In a nation of seven million Jews, that’s close to 20 percent of the population. Many Russian-speaking immigrants are finding it difficult to integrate into Israeli society, and many chose to leave for Europe and North America. “We need to make sure that the Jewish world around us understands where we come from, what makes the Russian-speaking Jewish community unique, and the role we have played in shaping Jewish history and the State of Israel,” the Genesis Group president says.

Aliyah to Israel showed a modest increase of 5 percent in 2018, with just 29,600 Jews from around the world moving to the country. Still, the largest number of all immigrants coming up to Israel are from the former Soviet Union.