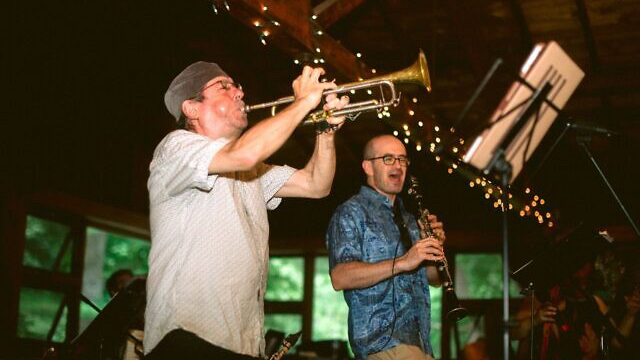 Around 150 Russian-speaking Jews living near San Francisco bid farewell to on-screen dialogue and said hello in-person last Sunday at an event that for many attendees marked the tentative return to normal life.

Delegates at the Limmud FSU conference in tech hub Palo Alto were a welcome sight, albeit numbers were understandably down on previous years. In 2017, there were 800 Russian-speaking Jews, and 700 the year before.

On the agenda were discussions around Israel’s new government following the recent round of fighting in Gaza, as well as lighter topics such as flower arranging and theatre workshops.

Other sessions covered bilingualism within immigrant families, the status of women in Judaism, and the popular Russian trivia game ‘What? Where? When?’ by Eugene Fooksman.

The final event was a concert – Marching through Life with a Song – by acclaimed actors Gera Sandler and Ronit Asheri from the hit TV series "Unorthodox".

GPG chief executive Marina Yudborovsky said the conference was “a wonderful sign of the return to in-person engagement for Jewish young adults from the Russian-speaking Jewish community in the area”.

She added that “there is a deep thirst for opportunities to not just congregate, but also to delve into pressing issues, cultural heritage, the arts and, of course, volunteerism, which is at the heart of any Limmud event”.