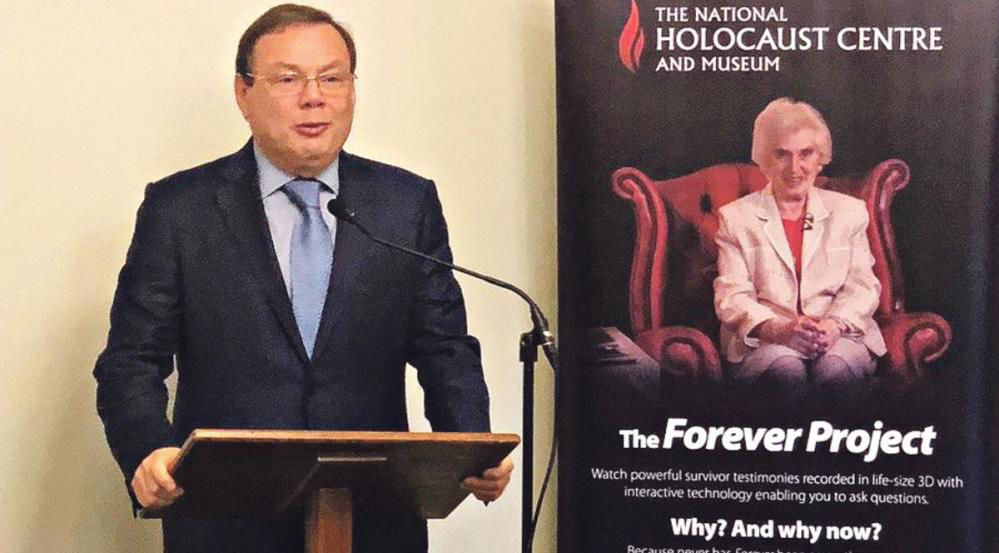 National Holocaust Centre and Museum opens its acclaimed Forever Project in the House of Commons.

The National Holocaust Centre and Museum has launched its acclaimed Forever Project in the House of Commons, which uses 3D technology to enable people to hear and see survivors.

The project preserves the voice of Holocaust survivors for generations. To create the database of responses, the centre filmed 10 survivors, each answering more than 1,000 questions posed by academics and the general public.

MPs and guests at the event, hosted by Lord Pickles, had the chance to interact with survivors through the 3D digital technology.

Steven Frank, one survivor who was filmed, said: “What’s going to happen when we are all dead? We’ve heard people say, ‘We’ll get their children to tell their stories.’ But it isn’t the same. It has to come from the heart of the person who is telling the story.”

Phil Lyons, chief executive of the Nottingham-based centre said: “As fewer survivors are with us, time is running out to preserve their stories.” Mikhail Fridman, co-founder of the Genesis Philanthropy Group which is supporting the initiative, addressed the breakfast event.