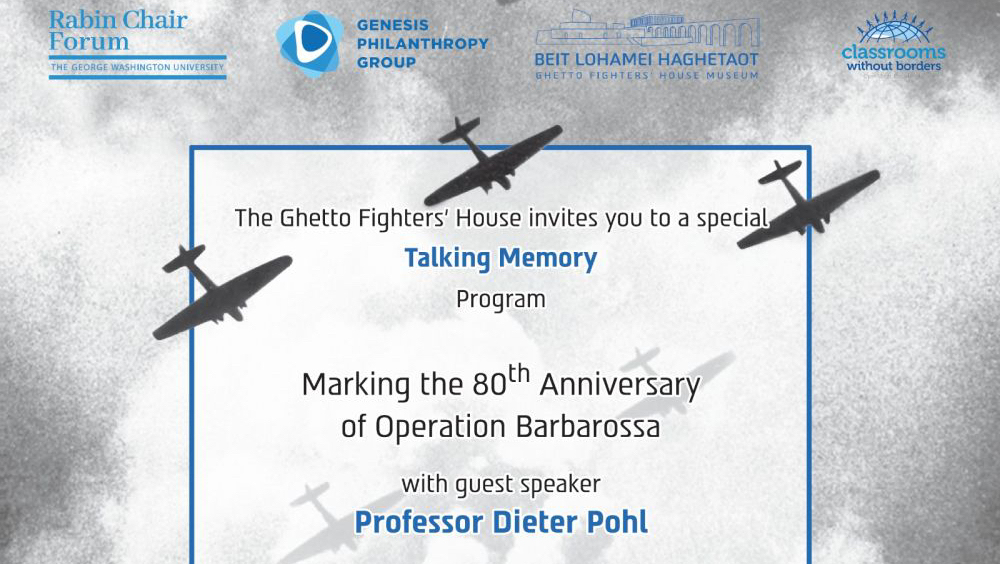 The Ghetto Fighters' House in partnership with Classrooms Without Borders, Genesis Philanthropy Group and the Rabin Chair Forum, would like to invite you...

a special Talking Memory program marking the 80th anniversary of Operation Barbarossa with guest speaker Professor Dieter Pohl who will give a talk on The German-Soviet War and the Holocaust – 1941.

The German attack on the Soviet Union on 22 June 1941 marked the turn to the systematic murder of European Jews. Both the war and the Holocaust have been investigated in-depth, but their relationship remains somewhat unclear. This presentation tries to put the summer and autumn of 1941 in context concerning both the course of the war and the German policies of extermination. Special emphasis is put on the fate of Jewish communities in Ukraine, which were among the biggest on Soviet territory at that time.

Dieter Pohl is a professor for contemporary history at Klagenfurt University in Austria. He published widely on the Holocaust and other Nazi crimes, German occupation policies in Eastern Europe, and the Second World ar. He is co-editor of the 16 volume document series „Die Verfolgung und Ermordung der europäischen Juden“ (Munich 2008-2021)