Survey: 30 percent of British Jews worse off due to pandemic 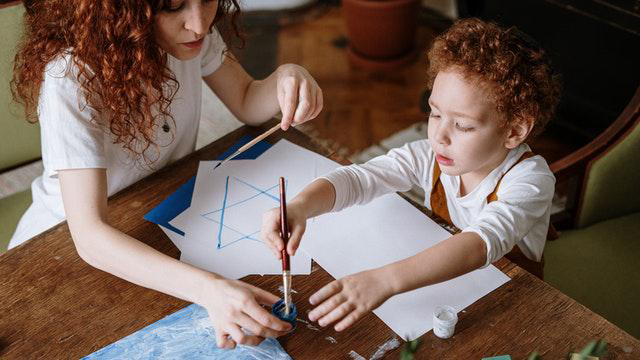 New poll by the Institute for Jewish Policy Research (JPR) measures the impact of the pandemic on the UK community, as 22 percent of respondents say they're better off.

Almost 30 percent of British Jews say the pandemic has left them worse off but 22 percent say they are better off as a result, a nationwide survey has shown.

Yet while fortunes have diverged, 7.4 percent of Jews have borrowed money on credit cards, struggled to pay the bills, shrunk meal sizes to feed the family, or turned to food banks to get by, in a shocking reminder of the effects of Covid-19 on some.

The data, which only measures the pandemic’s effects until July, was published this week by the Institute for Jewish Policy Research (JPR), in a short report on the effects of the virus on Jewish people’s health, jobs, finances, relationships and lives.

It shows that those “living comfortably” before lockdown were far less likely to have been adversely affected by the restrictions than those struggling to get by, in a further sign that the coronavirus has hit the poorest hardest.

“Jewish households that were already economically disadvantaged before the pandemic have been hardest hit by its detrimental effects,” the authors say, with up to 50 percent in this bracket reporting a worsening financial situation since March.

“Almost four in five acutely disadvantaged households reported that they were worse off, compared with just one in four other Jewish households.”

The paper sought to identify “where in the Jewish population we see clear signs of economic stress”, in part to better inform resource allocation, with the Jewish Leadership Council having made £2 million available to families affected.

Researchers found that 52 percent of Jews who were less wealthy reported losing their job, being furloughed, or having their salary or work hours reduced, compared to 20 percent of all other Jewish households. “About half of those who were acutely disadvantaged in July 2020 were likely to be newly so,” the authors say.

Strictly Orthodox’ households were more likely to be acutely disadvantaged, with about one in seven affected, up to three times “the national Jewish average”, but Charedi families – which are typically large – were already known to experience above-average levels of poverty and deprivation.

Ominously, JPR said that – beyond the 7.4 percent of “acutely disadvantaged” households – there are “an additional 9.5 percent who are highly vulnerable to acute disadvantage, as they are already using up savings to cover their living costs”.

Co-author and JPR director Dr Jonathan Boyd said there was good news and bad news to emerge from the work.

“The good news is that the Jewish population entered into the pandemic in relatively robust economic health, and as of July… most Jewish households were navigating their way through any economic challenges rather well.

“But about one in fourteen Jewish households were already showing signs of acute economic stress, about half of whom appear to have been in that position as a direct cause of the pandemic.

“Beyond them, about one in six is vulnerable to serious hardship. The fear for them is that one negative work experience over the autumn or winter – a redundancy or pay cut – could tip them into the realm of the acutely disadvantaged.”