Tales of displacement and survival 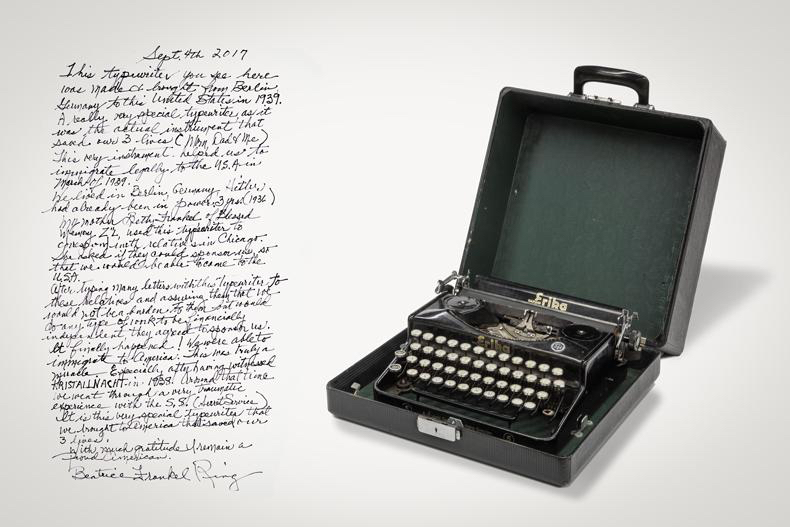 The Apple Does Not Fall Far from the Tree: Journeys of a Russian-Jewish Family at Piven Theatre

In 1976, at the age of 30, Bena Shklyanoy, along with her husband, their two daughters (ages eight and 18 months), and her mother-in-law, packed up their apartment in Kiev, and like many Jews in the Soviet Union at that time, grabbed hold of the opportunity to leave the country. With the assistance of two Jewish Federation of Metropolitan Chicago agencies-Hebrew Immigrant Aid Society (HIAS), and Jewish Child and Family Services-they were resettled in Chicago.

"We didn't know a soul, and just followed blindly," said Shklyanoy, whose parents joined the family a year later, and became the focus of a media event at O'Hare Airport as the 1,000th Soviet immigrant to land there.

"We were taken to an apartment at the corner of Ashland and Morse (in Rogers Park), the first of several places we lived. Both my husband and I had university educations: He was a structural engineer, and I, who came from a Yiddish-speaking family, had studied Russian language and literature, and knew some German. And while we'd both studied English on our own, his was better than mine, and within a few months he was hired as a draftsman. I did some translation and tutoring in Russian, and eventually was sent to Truman College by the Jewish Vocational Service to teach English as a Second Language to Russian immigrants. But we needed two good incomes, so I went into computer programming and got an MBA."

Shklyanoy, now 73 (and a longtime resident of Skokie) worked for 30 years, but as soon as she retired she began focusing her attention on a new project-writing a memoir, initially designed primarily for her children and grandchildren, about what life was like in the Soviet Union at a he time they left. She spent 11 years tracing her family tree over the course of many decades of turmoil, including the annihilation of shtetls, the Bolshevik Revolution, two world wars, the Holocaust, the Soviet era and its anti-Semitic undertow, and the vast migration of Soviet Jews to the U.S. and Israel.

The material was subsequently turned into a play, And Then What?, by director Kevin Olson, whose Rhode Island-based company, FirstHand Theatrical, adapts primary source material for the stage. It won acclaim at its premiere in Providence last year, and now Olson is staging the Chicago production of that initial piece at Evanston's Piven Theatre, along with a follow-up play, How Many Bushels Am I Worth?, that homes in on the Shklyanoys' life-altering decision to migrate, and the difficult period of adjustment that came with it.

In addition, Shklyanoy's granddaughter, Abigail Matz, has made a short documentary film, Cultural Inheritance: Children and Grandchildren of Soviet Jewish Immigrants to be screened after all performances. This film connects the vision of the Soviet Jewish immigrants to the cultural identity and impact on their young children and grandchildren today. The original film Cultural Inheritance: Stories of Children and Grandchildren of Soviet Jewish Immigrants is a JUF Russian Jewish Division's Tikkun Fellowship project by Abigail Matz, funded by Genesis Philanthropy Group.

The two plays and film, under the umbrella title of The Apple Does Not Fall Far from the Tree, will run Aug. 16-26 (with both plays performed on Aug. 19 and 22) at Piven Theatre, 927 Noyes, Evanston.