The Collaborative Relationship Between Big Foundations and Giving Circles 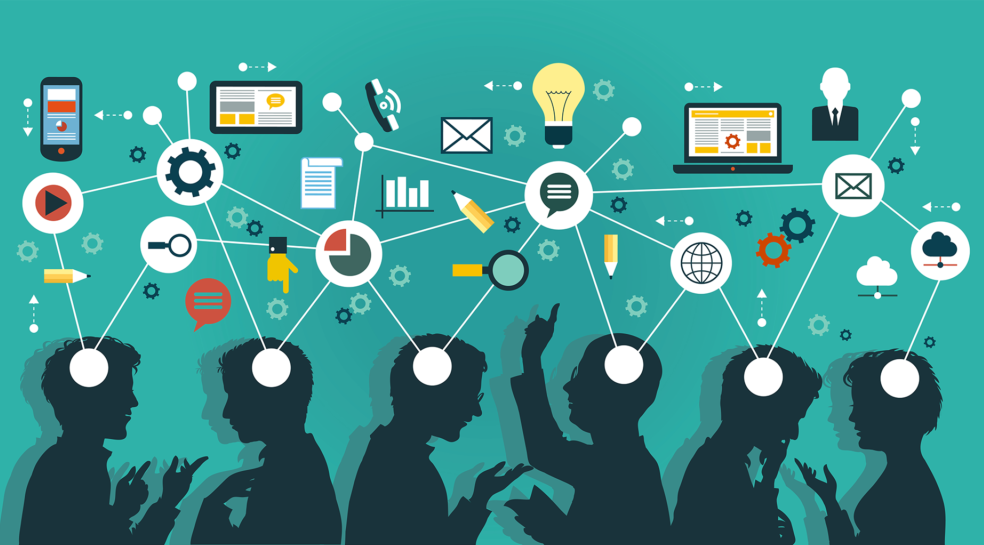 A revolution is happening in American philanthropy...

Fueled by technology and the proliferation of new giving vehicles: donors of all backgrounds, at all giving levels, are becoming more involved in giving. Some people call this “citizen philanthropy”; the Bill & Melinda Gates Foundation calls it “giving by all”; TED Talks and website abound with the message that “everyone can be a philanthropist.”

As someone who has worked in Jewish philanthropy for nearly a decade and who thinks a lot about its future, I have watched with interest the growth of giving circles – a model in which groups of individuals pool resources to make a larger impact through their charitable giving. According to a 2017 study by the Collective Giving Research Group, collectively giving circles have granted an estimated $1.29 billion across their lifespans.

At the same time, the past 20 years have seen a notable and contrasting trend: the rise of mega-philanthropy, where a small number of donors represents an increasingly large portion of annual giving. The median annual giving by the top 50 American donors in 2017, for example, was almost twice what it was in 2000.

This trend carries into Jewish philanthropy, with a finite number of large foundations controlling significant portions of Jewish philanthropic capital and influence. According to the AVI CHAI Foundation report, “Giving Jewish,” the top 250 Jewishly-identified foundations collectively give nearly one billion dollars on average each year to Jewish causes.

Although the democratization of giving and the prominence of mega-philanthropy can appear to be contradictory or even conflicting trends, I want to suggest that they can, in fact, be complementary and mutually-reinforcing.

As part of the Harold Grinspoon Foundation, I have the honor of journeying alongside Harold Grinspoon, the pied piper of Jewish philanthropy. Harold measures the impact of each of his Jewish philanthropic dollars in part by how much giving it inspires by others. Recognizing that philanthropy is a critical ingredient for a strong Jewish future, inspiring others to give is a primary or secondary goal of many of HGF’s core programs: JCamp 180, PJ Library and Life & Legacy. Harold and Winnie Sandler Grinspoon, HGF President, cultivate future leaders and potential HGF trustees through a next-generation advisory board for the foundation, yet another investment in building other Jewish philanthropic leaders. I often say that one of the reasons I am most proud to work with the Grinspoons is precisely because of the ripple effects of their giving – because there are hundreds of people, maybe thousands, who would say that Harold inspired them to give, to give more, and to give more purposefully.

I believe that there are exciting opportunities for large foundations to harness and leverage the potential of innovative and democratizing philanthropic models. Giving circles, in particular, offer a great “win-win,” allowing a foundation to engage new donors in an initiative or field while they also learn and benefit from a group of smart and diverse stakeholders around the same table.

Recently, to help HGF award grants for innovative family programs emerging out of some of the many institutions affiliated with PJ Library, we created a grants advisory group, uniting a traditional grant application and review process with the engagement, education, and community-building elements of a giving circle. Beyond being a great experience for participants, our advisory group – made up of parents who are raising Jewish children and who have an active stake in the success of PJ Library – profoundly shaped our thinking. The parent advisors brought knowledge, local perspective and real-life experience to the table, demonstrating the incredible value participatory grantmaking – an approach to giving that involves end-users in grantmaking.

Out of this process, we learned several things that will help HGF going forward and that other organizations and foundations can apply, helping to transform the future of Jewish philanthropy and engage many more people in meaningful Jewish giving.

Invite and host with intention. When assembling the advisory group, we paid close attention to participant diversity, especially with regard to geography and experience. Then, we thought carefully about how we could create an experience that didn’t only benefit the foundation, but also provided real value for the participants themselves. Because the group was thoughtfully selected and the meetings were hosted in intimate settings (a home and a private room in a restaurant), the advisory group connected to each other socially, building community among themselves, not only creating a more productive and impactful process but also adding real value to their lives.

Seek input you can use from people who have the knowledge you need. Giving circles are not usually groups of subject matter experts. Rather, they are people with a shared interest in an issue area or around a challenge and a desire to learn and make smarter, more impactful decisions about addressing that issue or challenge. While we have numerous HGF and PJ Library professionals involved in our formal grant-making process, we found that seeking input from the people who directly benefit from foundation programs transformed the choices we made. In particular, including parents in this process not only helped us make smarter decisions about which grants to allocate, but it also deepened their personal investment in PJ as an institution.

Too often, volunteer engagement is more about cultivating donors than doing needed, value-added work. Using the advisory group to provide the input we needed from people with unique knowledge and expertise enabled us both to award important programmatic grants and to engage these volunteers authentically and productively.

Engage people in intellectually rigorous work. Time is often a huge constraint on volunteer involvement. In our advisory group, the fifteen participants are running businesses and homes, writing books, serving on boards, and raising young children. We were deeply grateful for their time and we wanted to be sure to maximize the opportunity to leverage their intellectual talent. The advisory group was given grant applications to review, a copy of the request for proposals we had sent to applicants, and a scoring rubric. Almost every person showed up with marked-up papers and strong opinions, ready to share and debate the merits of various grants. By engaging our volunteers’ strengths from the get-go, we were able to use the time we had with them most effectively, surpassing our expectations and building strong, lasting relationships with people who benefit from our programs.

Invite people to show up as themselves and try to address a need they have. We began the advisory group gatherings with each person sharing reflections about themselves, instead of cursory, surface-level introductions. Keeping close to the purpose of the group, we asked each person to share their hopes for their family’s Jewish life – a real question that evoked authentic, emotional responses that cut through participants’ preconceptions of what being in a group of connected, philanthropic individuals would be. Everyone shared a longing to connect Jewishly with other parents and to be involved in a meaningful community, sharing vulnerabilities and needs along with their values and dreams.

***
In starting a grants advisory group, we at HGF set out to build relationships with current and potential PJ Library supporters by providing an engaging philanthropic experience. We didn’t know the experience would yield so much more. The grants advisory group improved our grantmaking by providing perspective and information beyond what we could have anticipated. Any foundation or major funder can do what we have done with this model – one that we plan to continue.