Thousands of books for children sent to Jewish families in Russia 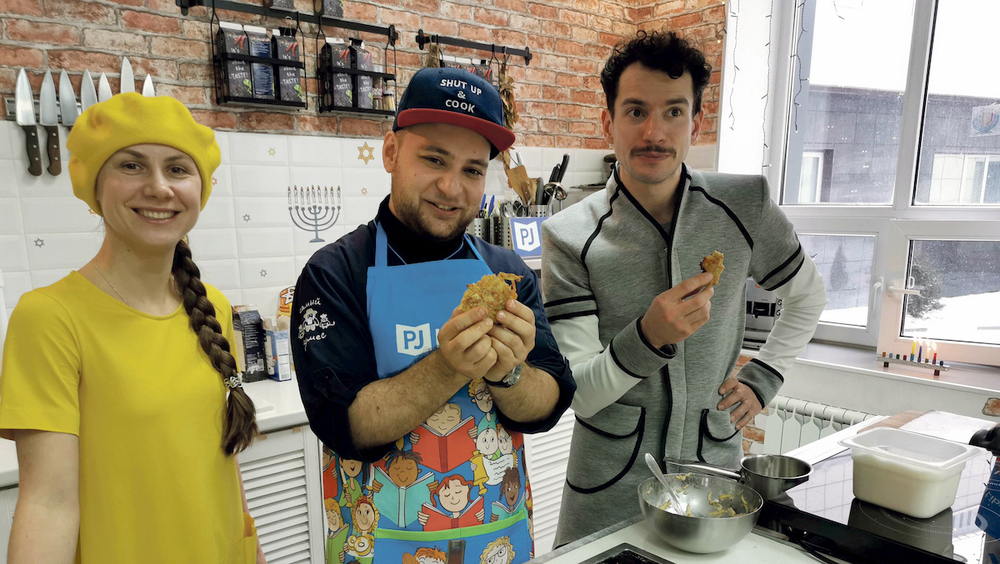 PJ Library team in Russia beat national coronavirus lockdowns by sending out for Chanukah a record 10,000 copies of ‘Golem’s Latkes’ by Eric Kimmel.

International project sending books with Jewish themes to families with children across the world celebrated its fifth birthday in Russia two weeks ago, as it hosted an online Chanukah party for 600 families.

PJ Library is the books-to-homes educational initiative established in the US by the Harold Grinspoon Foundation then extended around the world and is particularly pertinent in such a vast geographical territory, with cities hundreds of miles apart.

Last month the team in Russia beat national coronavirus lockdowns by sending out a record 10,000 copies of ‘Golem’s Latkes’ by Eric Kimmel, based on the legend of the medieval Prague Golem.

From the Russian Far East to the west of Ukraine, children have been reading about how Rabbi Judah, on the first night of Chanukah, left in a rush to visit the emperor, telling his housemaid Basha to ask the Golem to help.

Sure enough, the Golem – a creature made from clay – comes to life and before Basha knows it latkes are pouring out of the rabbi’s house and into the streets, filling the city and challenging everyone to find a solution before the rabbi returns.

Progress has been monumental since December 2015, when books were sent to 1,000 pre-registered children. Since then, 14,000 children in Russia have joined, as have 3,000 in Ukraine, with a range of books extended for those aged two to nine.

“Every year we have added between 1,600 and 1,800 new children to the programme,” said Matvey Chlenov, director of Russian-language programmes for the Harold Grinspoon Foundation.

“Some of our ‘graduates’ are now of bar and bat mitzvah age, heading towards their first Taglit or Hillel experience.”

Chlenov added that his team were aiming to stay them connected “to forge a community between those who grew up with these programmes and those currently benefiting from them”.

In its first five years the initiative, which is supported by Genesis Philanthropy Group (GPG), has sent out more than 300,000 books as gifts in Russia, and helped define city’s young Jewish populations.

Among the biggest is in Moscow, where PJ Library has 4,600 young subscribers, 70 percent of whom come from mixed families, and 30 percent of whom say their only connection to Jewish education comes through the monthly books.

“Five years ago, we certainly did not know a pandemic was coming when we helped PJ Library launch in Russia, and then later to expand to Ukraine, but now it is clearer than ever, how important this was,” said GPG chief executive Marina Yudborovsky.

“During this Hanukkah, the program reached thousands of families with young children, providing them much-needed support that is not only educational, but a source of comfort, continuity and connection when they are most needed.”