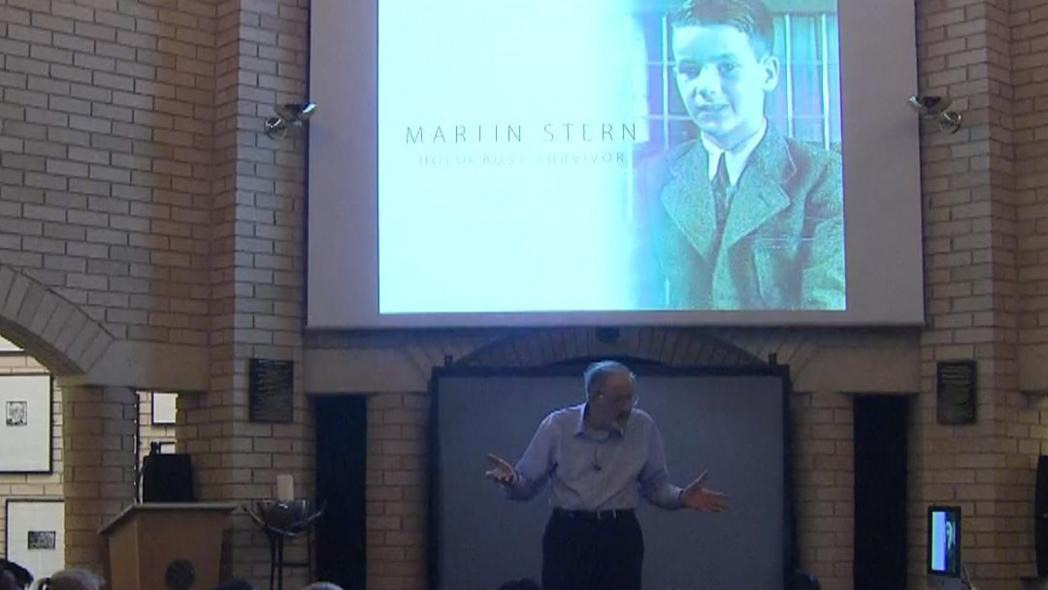 The National Holocaust Centre launches a new high-tech project to record the stories and experiences of Holocaust survivors.

In a room in Nottinghamshire dozens of primary school pupils listen intently as 80-year-old Martin Stern tells them about his childhood.

In particular, his account of the day when he was five years old and arrested for being a Jew. His description of the concentration camp he and his one-year-old sister were taken to, the appalling conditions they were forced to live in and the terror they felt.

"The main mode of death was being taken off in a cattle truck, in a train of about 1,000 people to places like Auschwitz and the fear was primarily the fear that ones name would appear on the next list," he recalls.

Martin and his sister escaped. Their father was killed by Nazis. He now spends his time reliving the horrific memories so children can learn first-hand about the Holocaust.

"The objective of it is that they should understand that things like this happen, human beings behave like that and we hope that they will enquire to understand more about it," he says.

But he is aware of his advancing years and knows there will come a time when there are no longer any survivors remaining to give younger generations their first-hand account.

That is why he and nine other Holocaust survivors have worked for the last three years on an ambitious project with the National Holocaust Centre and Museum in Newark, supported by Genesis Philanthropy Group.

Determined that their voices will still be heard they have recorded their experiences and views for the Forever Project. Crucially, the cutting-edge technology means people will be able to interact with them for decades to come.

"Each of the survivors answered between 850 and 1,400 questions," explains Sarah Coward, from the National Holocaust Centre and Museum.

"They were filmed over five days and that created over 20 hours of film for each survivor. It created a really rich archive and a rich legacy for each person who was speaking.

"What we've done is integrated that ultra-definition film footage with voice recognition technology and natural languaging technologies to enable children now and in the future to be able to ask a survivor questions and hear them answer."

Steven Frank, who was held in a concentration camp for two years as a child, is also a participant. His interactive recordings are the first to be used by school children who visit the centre.

"It's always been a bone of contention: what's going to happen when these survivors are all dead? And we've heard people say 'ah, well, we'll get their children to tell their stories'. But it isn't the same. It has to come from the heart of the person who is telling the story."