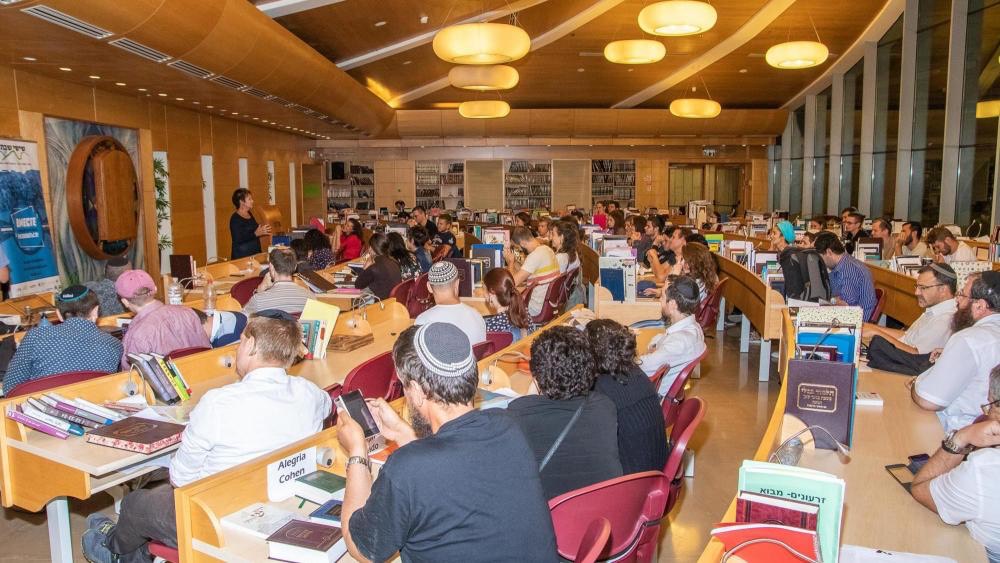 It is 4 a.m. and the Beit Midrash is abuzz with talk of Sukkot, Jerusalem, and Jewish heroism, all in the Russian language.

Continuing a six-year tradition, the national educational initiative Shishi Shabbat Yisraeli organized its annual all-night Hoshana Raba study festival for Russian-speaking Israelis in their 20’s and 30’s, in collaboration with the Midrasha HaTzionit. Many young participants of FSU Masa had their first taste of Jewish learning and celebration, and joined over 80 young Russian-speaking olim for parallel lectures and workshops, a Jewish music session and dawn hike to the Old City, all on the topic of Jewish leadership and sources of Jewish inspiration.

Anatoly, a young lawyer from the Russian city of Dolgoprudny, who arrived in Israel 2 weeks ago on Masa said: “I think the most mind-blowing experience for me and other young people from post-Soviet countries was learning about the mind-revolution that the Torah created for the Jewish people and the entire world. It transitioned the ancient mind to true modernity with its eternal humane societal values. I don’t see historical narratives as linear and meaningless anymore, but as directed by a Creator who moves history forward. My Jewish identity is now based on learning about the past in order to impact our future.”

Hoshana Raba was generously supported by Genesis Philanthropy Group and the Jerusalem Municipality. Midreshet Lindenbaum donated its Beit Midrash for the event.