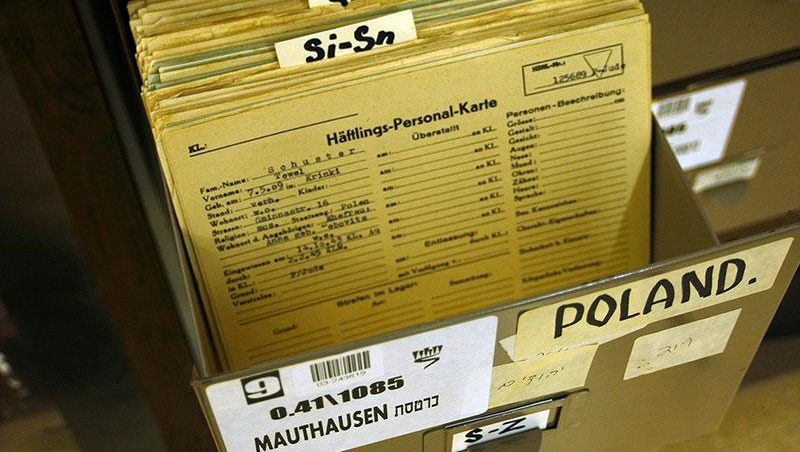 In a boon for scholars and amateur researchers, records from Yad Vashem, Israel’s Holocaust museum, are now publicly available through JewishGen, the largest online Jewish genealogy resource of its kind.

The agreement announced Tuesday by Yad Vashem and New York’s Museum of Jewish Heritage/A Living Memorial to the Holocaust, an affiliate of JewishGen, provides easy access to millions of names commemorated in Yad Vashem’s database.

“Pages of Testimony,” documents collected by Yad Vashem since the 1950s, include the names, biographical details and, when possible, photographs of some 2,700,000 men, women and children killed in the Holocaust. Yad Vashem’s Names Database commemorates over 4,800,000 Jewish victims in total. Researchers will now be able to retrieve these records through a direct search within JewishGen.

“Yad Vashem’s Pages of Testimony might contain the only information about someone who was murdered in the Shoah, yet researchers might not know to look on their website,” JewishGen Executive Director Avraham Groll told the New York Jewish Week. Under the new agreement, the Yad Vashem search results will automatically appear within JewishGen.

“By making available these precious records via JewishGen, the broader Jewish community can more easily research names of family and friends who were murdered during the Holocaust,” said Museum of Jewish Heritage President and CEO Jack Kliger.

While the material may help individuals identify missing relatives or restore a truncated family tree, Yad Vashem is also hoping researchers will help fill in the gaps in its own records.

“More than one million Holocaust victims have yet to be memorialized at Yad Vashem,” said Alexander Avram, director of Yad Vashem’s Hall of Names, in a statement. “By widening the exposure of our endeavor through JewishGen, the genealogical community will be able to play an important role in helping us add a large number of Pages of Testimony in the years to come.”