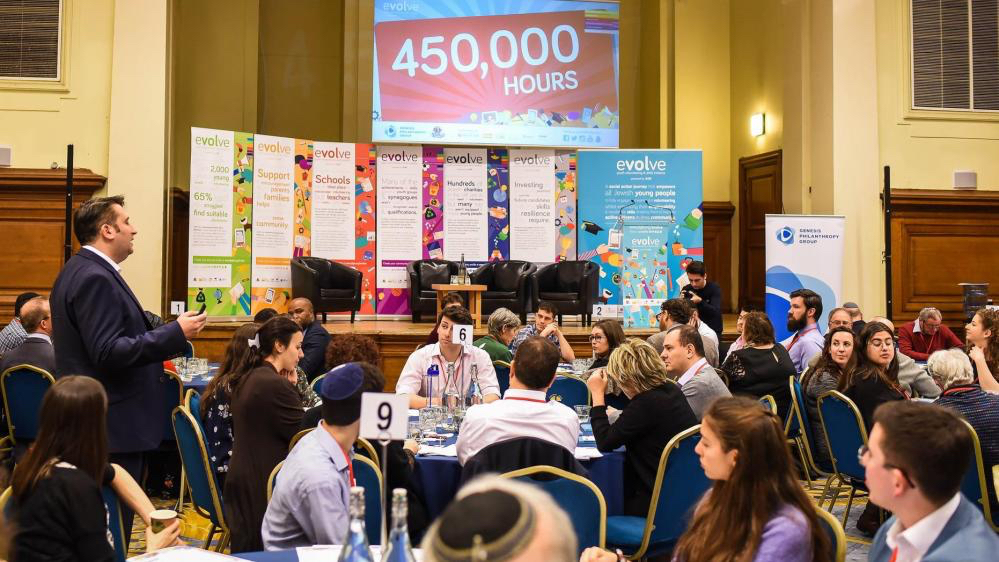 JLGB’s evolve programme announced in Westminster with 150 people from across the community, and the support of donors from Genesis Philanthropy Group.

Young Jewish volunteers will soon be able to achieve national awards specific to the Jewish community, after a boost in funding led to a major reform programme.

Supporters behind the Westminster launch last week said the new awards would be “age-progressive, faith-sensitive versions of nationally recognised volunteering awards in Jewish secondary schools” and “specifically tailored to the needs of Jewish young people”.

During the event organised by Jewish youth development charity JLGB, attendees heard how GPG money will help pay for a new mobile app and digital platform to help streamline and coordinate Jewish youth volunteering, including awards.

Through JLGB’s evolve programme, young Jews in school years 7-8 can currently complete the Yoni Jesner Award, those in years 11-12 can opt for the National Citizen Service, while others can choose the Duke of Edinburgh Award from year 9.

He added: “By all of us working together we could achieve large-scale change through the collective impact of thousands of young Jewish volunteers and ensure the future sustainability of our community.”

GPG president Ilia Salita said he hoped the partnership would “engage even more young people,” adding: “Social action and volunteering are uniquely powerful in connecting young people with Jewish values. We look forward to seeing the impact of this important project”.