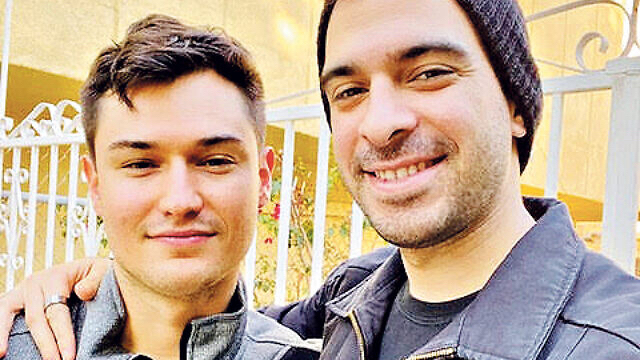 Moishe House is opening its sixth location in the City of Angels, but the first for Jews from the former Soviet Union.

An organisation engaging Jewish young adults in peer-led programming is set to give young Russian-speaking Jews “a place to call home” in LA.

Moishe House, which is known for its pods, ‘House Without Walls’ and Jewish learning retreats, is opening its sixth location in the City of Angels, but the first for Jews from the former Soviet Union.

Supported by Genesis Philanthropy Group (GPG), the organisation caters for young Jewish adults in their 20s, and 30s and said its new branch in West Hollywood would serve one of the largest Russian-speaking Jewish (RSJ) populations in the US.

Moishe House facilitates collaboration between young Jewish adults to foster a sense of fellowship, giving them the freedom and resources to curate their own events. Members develop networks and often become leaders in their communities.

“Russian-speaking Jews are integral to the diversity of the Jewish people,  and bring a unique culture to our Moishe House communities around the world,” said Moishe House chief executive David Cygielman.

Russian-speaking Jews in LA comprise 10 to 15 percent of the local Jewish population. They mainly live in West Hollywood, where the new branch is located.

Among the most active RSJs in LA are David Chernobylsky, 27, and David Bromberg, 29, who met through Hillel and have now become the residents of the new Moishe House.

“I view my role as a community leader by creating and setting up events that will let community members feel welcome and connected through common values, culture and history,” said Chernobylsky.

The first event was a virtual Russian-style New Year party last month, which organisers said was “focused on dispelling bad memories of 2020 and looking forward to 2021”.

GPG chief executive Marina Yudborovsky said: “Around the world, Moishe House can serve as a key resource for creating community and shared bonds. This newest one will build on the global success of the model, helping young adults create programming that is relevant and engaging.”