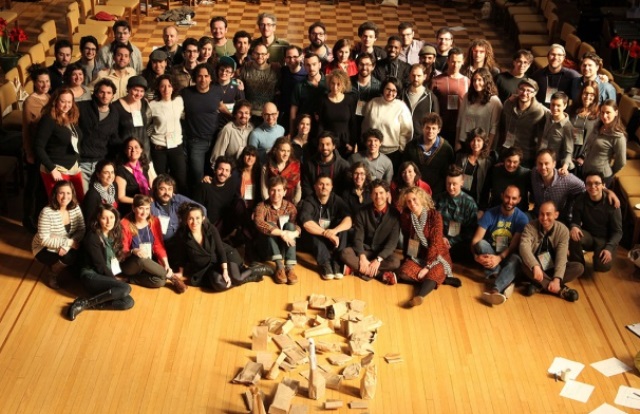 It was founded after the success of 2013 Six Points ROI Connector International Jewish Artist Retreat that aimed to create an environment that served as an “open resource” for participants to connect to Jewish culture.

Since 2014 the Asylum Arts Retreat provides participants with an opportunity to build community and engage in Jewish and professional learning. Among the attendees, there are artists from Europe, Latin America, Israel, the US, and the Former Soviet Union. During the retreat there are several sessions focused on the history and culture of the Russian-speaking Jewish community.

Additionally, in 2014 and 2015, Asylum Arts offered an opportunity to Jewish artists based in Tel-Aviv, Jerusalem, London and Los Angeles to attend career development trainings at their cities. Programming developed for the Asylum Arts Retreat was adapted to these trainings, generating collaborations with other Jewish organizations and enabling the sharing of knowledge among artist communities.

Each year 20 small grants are available to constituent artists of the Asylum Arts network, including Russian-speaking Jewish artists, to help move creative projects from idea to reality.

Financial support for this program is provided by Genesis Philanthropy Group, along with the Charles & Lynn Schusterman Family Foundation and the ROI Community.